Caution: Everything is "Not" Always as It Appears 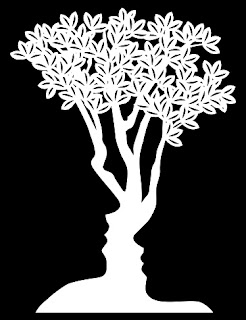 If there is one thing I have learned over the years, it is not to believe immediately everything that I am told I must unquestioningly believe.  Deep down, I am a skeptic and, perhaps, even a cynic when it comes to many things.  Maybe I have been burned too often in the past, trusting those who swore they were telling me the truth, who were claiming to do what was in my best interest or who wielded some position of authority and expected me to follow blindly like some obedient sheeple.  Sorry, it ain’t happening!  Fool me once . . . .

This is especially true regarding two particular groups:  the media and politics.  Let me give you an example or two.  For years I attended the March for Life in Washington, DC.  I would watch the people come out in droves, often braving some bitter weather conditions.  The young people were typically present in large number.  However, when I read about it in the press—when newspapers were still somewhat popular—the matter was inevitably grossly underreported.  The same was true on TV.  Often a small fringe oppositional group, also present but in insignificant numbers, received similar attention to the larger crowd.  This seemed to follow a pattern, dictated by the particular ideology which, I suspect, suited the will of the media overlords.  My recent comments on the truckers in Canada and the manner that situation was reported is another prime example.

Politicians seem to lie by nature, and then stare you in the face and swear they were not.  Did they take a bribe?  Was there insider trading?  Were there some backroom deals made?  Was there covert activity of which the public was deliberately kept in the dark?  Politicians (and their many useful idiots in the media) tell you what they want you to believe, and then gaslight you about the entire situation to make you question your own judgment.  Look closely and you will find multiple examples of lies and cover-ups.  Watergate. Iran-Contra.  Fast and Furious.  Monica.  Epstein.  Hunter.  Nothing to see here.

I (naively) wish that the press would simply do their job, hold government officials accountable, not espouse some particular ideology and not continually carry water for a particular political party.

All this being said, when it comes to our current situation in Ukraine, let me state emphatically that I support, care for and pray for the innocent Ukrainian (and Russian) people caught in the midst of this tragedy.  Regarding government motives, policies, and actions, however, I am completely skeptical.  This conflict is making some pretty unusual bedfellows and I am left wondering about too many things.  And I am not alone in my suspicions.

What are the underlying factors to this conflict we are not being told? Why would we ever consider making deals with terrorist or adversarial regimes to buy oil, when we were energy independent just about a year ago?  Will our government’s actions crash our own economy?  Will this conflict lead to a destabilized dollar?  Are we risking WWIII?

Pardon me if I do not trust some of the confusion and apparent incompetency I now see in real time.

May I once again advocate praying the rosary for world peace?  Our Lady has asked for this repeatedly.