I think that a few clarifications and explanations are necessary for the good of our parish at this time.  Based on various conversations I have had with people throughout the parish, I hope that I will be able to shed some light on matters currently being questioned.

First, there are two fundraising efforts taking place simultaneously throughout the diocese.  Hopefully, you are familiar with the annual House of Charity appeal which directly supports the charitable endeavors of the diocese.  This appeal is nothing new to the diocese since it was begun by the late Bishop Guilfoyle many years ago.  In addition, the Catholic Strong appeal was more  recently initiated to help individual parishes with more long-range projects/goals like building repairs and upkeep as well as parish ministries.  By design, seventy percent (70%) of what is raised in this appeal stays right in the parish to accomplish whatever is needed.  This appeal is set up for a three to five year period in which we are asked to make a pledge towards the future legacy of our parish/church.  Please remember that the contributions of many others helped to build what we already have and we are being asked to make an ongoing gift to sustain Holy Angels Parish into the future.

Next, I want to update you on the sale of the former Most Holy Redeemer campus.  Plans continue for settlement on this property, scheduled to take place at the end of February.  Deptford Township is the intended buyer.  The proceeds of the sale will be put primarily towards the reduction of our $2.5 million parish debt.  While the sale will not eliminate this debt completely, it should make a significant impact.

The necessity of the purchase of the property on 81 Cooper Street has been questioned by some, especially when the parish has so much debt.  Let me take the time to explain the rationale behind this purchase.  While the office staff has worked out of the Cooper Street rectory for many years, this is far from an ideal situation.  No one really should live and work in the same building day after day.  The lack of privacy is an important concern.  Currently, we are fortunate that there are four priests living here.  (In addition, one priest lives at the rectory in National Park.)  However, not one priest (or deacon) currently has an office to work out of or conduct parish business in Woodbury.  There is simply not enough room.  We work out of the common living room or on the dining room table.

As pastor, I have not had an office of my own for the past year and a half.  Monsignor DiMauro had plans to move the parish offices into a remodeled Green Hotel (where our current parking lot is), but the plans were unworkable, the hotel was razed and became our additional parking lot.  Once 81 Cooper Street is renovated, there will be offices for the parish staff (secretary, ministry coordinator, receptionist, bookkeeper), the priests and deacons, the religious education personnel, a meeting room and various other areas like a small kitchen and lunch area.  It will consolidate most of our offices in one central location across from the church and rectory and with adequate adjacent parking.  Some Catholic Strong funds are earmarked for this project.

Finally, we continue to have serious concerns over other properties including the Ministry Center (former convent) which needs substantial, costly repairs.  This building, in particular, has been a topic of discussion and worry for many years prior to my becoming pastor.

I will attempt to keep you up-to-date on these and other matters as things continue to evolve.  Please pray for me as I will for you! 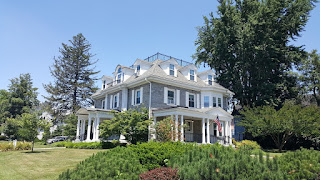 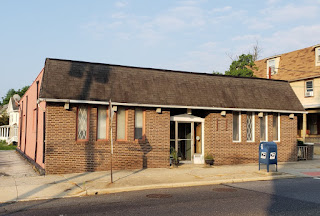 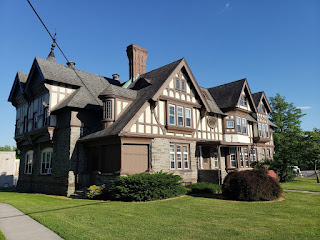 Posted by Fr. Edward Namiotka at 9:30 AM No comments:

When Should I Call for the Priest? 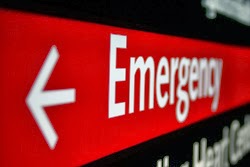 From the days when I was trained to be a priest in the seminary, we were reminded of a rather important consideration:  the sacraments of the Church are intended for the living.

Being in close proximity to a hospital and several facilities for the aging, we receive a significant number of requests to visit people in the hospital and nursing homes.  Some people call asking for the last rites for their loved one.  Others call for a priest to hear their confession or to bring them Holy Communion.  Unfortunately, there seems to be a great variety in the levels of understanding—and even some confusion—regarding when a priest should be called to visit a patient/resident.

As a general rule of thumb, whenever there is an emergency, call for the priest immediately.  Tragedies such as car accidents, heart attacks, strokes and any unforeseen grave situation should prompt an immediate call for a priest.  Please realize, however, that most priests lead a busy daily schedule and are not usually sitting around just waiting for an emergency call.  We try to act promptly, but sometimes we are in a meeting, teaching in the school, hearing a confession, answering an important phone message, etc., and may not be able to drop everything we are doing instantly.  If we hear that it is an emergency situation, we will do our best to respond as soon as possible.

If a patient is terminally ill or in a hospice situation, it is certainly appropriate to call for the priest to administer the last rites.  The last rites of the Church include the opportunity for the Sacrament of Penance and Reconciliation (confession), Holy Communion (Viaticum), and the Anointing of the Sick (formerly Extreme Unction).  Ideally, these sacraments can be most beneficial when the person is conscious and is able to respond.  Please do not wait until the person is at the point of death or unconscious before calling for the priest, especially if the illness is prolonged.  The sacraments are available to bring spiritual consolation and comfort to the patient.  Remember, the sacraments are intended for the living.

Additionally, there are times when a person should ask for the Anointing of the Sick.  According to the Catechism of the Catholic Church:

The Anointing of the Sick "is not a sacrament for those only who are at the point of death.  Hence, as soon as anyone of the faithful begins to be in danger of death from sickness or old age, the fitting time for him to receive this sacrament has certainly already arrived."
If a sick person who received this anointing recovers his health, he can in the case of another grave illness receive this sacrament again.  If during the same illness the person's condition becomes more serious, the sacrament may be repeated.  It is fitting to receive the Anointing of the Sick just prior to a serious operation.  The same holds for the elderly whose frailty becomes more pronounced. (#1514 & 1515)
It is not unusual to find some people unwilling to request this sacrament for themselves or to hesitate to ask for it for their family member because of fear of sending the message that death is imminent.  This sacrament, in conjunction with the reception of Holy Communion and a sacramental confession, may be a great spiritual consolation and a means of healing for the sick or elderly person.  Again, the sacraments are intended for the living.

In those difficult circumstances when the person has already died when the priest arrives, the priest is certainly available to pray for the deceased and to help to comfort the family.

Fr. Ed Namiotka
Pastor
Posted by Fr. Edward Namiotka at 12:08 AM No comments: 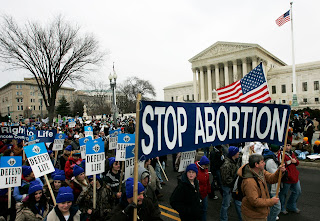 Dear Parishioners,
Could you ever imagine that the death of over 60 million babies has occurred since abortion was legalized in our country?  Certainly, they are not all because of rape, incest or a threat to the life of the mother.  The tragic anniversary of the Supreme Court decision Roe v. Wade (January 22, 1973) is once again upon us.  It is important for us to continue to pray, fast and make sacrifices for the end of abortion (whether legal or illegal) in our nation and throughout the world.
Roe v. Wade was a tragic mistake that legalized abortion in our country in almost every conceivable circumstance.  But remember what may be legal is not necessarily moral.  The late Chief Justice Rhenquist and the late Justice White dissented against the majority decision of the court.  Later Justice Thomas, joined by the late Justice Scalia, wrote a dissent to the decision, saying of Roe v. Wade: "that decision was grievously wrong."
The deliberate and intentional taking of an innocent human life is morally wrong and can never be justified—not even in the case of rape or incest.  Even in the most horrible of circumstances (like rape or incest) in which the conception of a child can take place, killing the child does not and cannot remove or change the circumstances in which the child was conceived.  In fact, it only makes the situation worse because violence is now inflicted on an innocent unborn child.
I thank those who publicly protest Roe v. Wade at the annual March for Life in Washington, DC.  Always remember that while protesting and an outward display of faith certainly have value, more things are wrought by the power of prayer than we can imagine.  So, keep praying continually!
May God have mercy on those who have mistakenly thought that abortion was a “choice” that they somehow needed to make.  Abortion has many victims including the mother herself.  There needs to be much healing and forgiveness through God’s mercy for those who make a “choice” that can never be undone.
Whenever you hear someone recite the mantra about a “woman’s right to choose,” remind them that we can never choose that which is morally evil—the taking of an innocent human life in the womb.

St. Teresa of Calcutta's words at the National Prayer Breakfast, (Washington, DC on February 3, 1994)—given in front of then President Bill and Hillary Clinton—included the following:

But I feel that the greatest destroyer of peace today is abortion, because it is a war against the child, a direct killing of the innocent child, murder by the mother herself.  And if we accept that a mother can kill even her own child, how can we tell other people not to kill one another?  How do we persuade a woman not to have an abortion?  As always, we must persuade her with love and we remind ourselves that love means to be willing to give until it hurts.  Jesus gave even His life to love us.  So, the mother who is thinking of abortion, should be helped to love, that is, to give until it hurts her plans, or her free time, to respect the life of her child.  The father of that child, whoever he is, must also give until it hurts.  By abortion, the mother does not learn to love, but kills even her own child to solve her problems.  And, by abortion, the father is told that he does not have to take any responsibility at all for the child he has brought into the world.  That father is likely to put other women into the same trouble.  So abortion just leads to more abortion.  Any country that accepts abortion is not teaching its people to love, but to use any violence to get what they want.  This is why the greatest destroyer of love and peace is abortion.
I hope that you take the time to reflect on the words of this saint.
Fr. Ed Namiotka
Pastor
Posted by Fr. Edward Namiotka at 11:10 AM No comments: