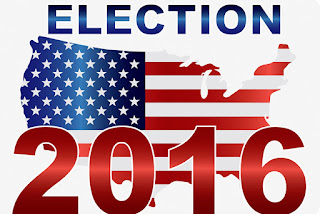 Let the games begin.  No, I am not talking about the Olympic Games which will begin on August 3, 2016 in Rio de Janeiro, Brazil.  Rather, I am referring to our two political conventions (RNC and DNC) I was watching during my recent vacation.  If you view each spectacle independent of the other, you would think that the opposing candidate was either preparing for role as the messiah or the devil incarnate.  Take your pick.  Truth be told, both candidates are flawed (and Jesus already came to earth as messiah).  What then should be the basis of my vote for president?

The Constitution’s guarantee that no one can “be deprived of life, liberty or property” deliberately echoes the Declaration of Independence’s proclamation that “all” are “endowed by their Creator” with the inalienable right to life. Accordingly, we assert the sanctity of human life and affirm that the unborn child has a fundamental right to life which cannot be infringed. We support a human life amendment to the Constitution and legislation to make clear that the Fourteenth Amendment’s protections apply to children before birth.

We oppose the use of public funds to perform or promote abortion or to fund organizations, like Planned Parenthood, so long as they provide or refer for elective abortions or sell fetal body parts rather than provide healthcare. We urge all states and Congress to make it a crime to acquire, transfer, or sell fetal tissues from elective abortions for research, and we call on Congress to enact a ban on any sale of fetal body parts. In the meantime, we call on Congress to ban the practice of misleading women on so-called fetal harvesting consent forms, a fact revealed by a 2015 investigation. We will not fund or subsidize healthcare that includes abortion coverage.

Democrats are committed to protecting and advancing reproductive health, rights, and justice. We believe unequivocally, like the majority of Americans, that every woman should have access to quality reproductive health care services, including safe and legal abortion—regardless of where she lives, how much money she makes, or how she is insured. We believe that reproductive health is core to women’s, men’s, and young people’s health and wellbeing. We will continue to stand up to Republican efforts to defund Planned Parenthood health centers, which provide critical health services to millions of people. We will continue to oppose—and seek to overturn—federal and state laws and policies that impede a woman’s access to abortion, including by repealing the Hyde Amendment. We condemn and will combat any acts of violence, harassment, and intimidation of reproductive health providers, patients, and staff. We will defend the ACA, which extends affordable preventive health care to women, including no-cost contraception, and prohibits discrimination in health care based on gender.

Foremost among those institutions is the American family. It is the foundation of civil society, and the cornerstone of the family is natural marriage, the union of one man and one woman . . . Our laws and our government’s regulations should recognize marriage as the union of one man and one woman and actively promote married family life as the basis of a stable and prosperous society.  For that reason, as explained elsewhere in this platform, we do not accept the Supreme Court’s redefinition of marriage and we urge its reversal, whether through judicial reconsideration or a constitutional amendment returning control over marriage to the states.

Democrats applaud last year’s decision by the Supreme Court that recognized that LGBT people—like other Americans—have the right to marry the person they love . . . Democrats will fight for the continued development of sex discrimination law to cover LGBT people. We will also fight for comprehensive federal nondiscrimination protections for all LGBT Americans, to guarantee equal rights in areas such as housing, employment, public accommodations, credit, jury service, education, and federal funding.

Yes, there are more issues to consider--but these two are vital.  Respect for human life from conception and the sanctity of marriage are non-negotiable Church teachings.

I hope that I have sparked your interest regarding policy and urge you to do some research regarding official church teaching on the various issues. 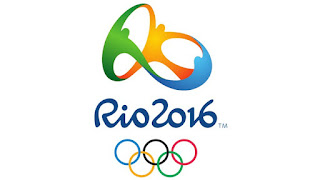 Posted by Fr. Edward Namiotka at 6:26 AM No comments:

What's the Excuse This Time? 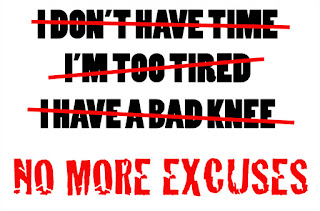 I am on my annual summer vacation and will be back home next week.  Please show Fr. Markellos a warm St. Joseph welcome while I am away as he gets acclimated to the parish.

Sitting on the beach the other day, in proximity to my lounge chair, were four women vacationing together.  Needless to say, as I was soaking up the sun (sorry skin doctor), I heard just about every word of their entire conversation (not really intending to or really wanting to hear it).  I was minding my own business but they were loud enough for me to hear everything that they were saying. I hope that you don't mind it if I give a friendly caution.  Please realize you don't know who may sitting next to you (it may be a priest in a bathing suit) and that you may be revealing things about yourselves that you may not want everyone around you to hear.  It might eventually wind up in the pastor's column of the church bulletin.

At one point in their conversation (I will spare you the details of their recent dinners, getting intoxicated, where they were from, what their jobs were, how one person did not like to go into the water, etc.  See, you really do find out way too many details!) one of the ladies proudly boasted: "Well, I don't go to church anymore!"  Here we go!  Right up my alley!  I thought to myself "What's the excuse this time?"  Stay tuned.  This might finally get interesting.

I thought about many of the excuses that I have heard about not going to Mass time and time again:


I want to add a few excuses of my own:  (See if they make any sense or are irrelevant.)


The lady on the beach never did verbalize the why concerning her not going to church.
What other excuses may there be out there?

Don't speak too loud if you don't want me to hear them.

Fr. Ed Namiotka
Pastor
Posted by Fr. Edward Namiotka at 10:29 AM No comments: 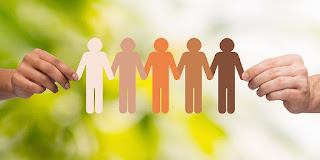 My mom is often amazed when I recall incidents from my youth in precise detail.  She would typically remark, “How do you remember all that?”  I guess some things are just ingrained in the mind.

One such time was when I was walking alone down the streets of Wildwood as a boy somewhere around 10-12 years old.  It was the springtime and mid-morning on a clear, sunny day.  The summer crowds were not around yet.  I was returning from Fox Park where I would frequently play with my friends.  Our town was usually safe to walk or ride my bike around alone.

As it turned out, that day a group of black youth was coming down Ocean Avenue in the opposite direction.  There were about a dozen of them.  One teen, obviously looking to start some trouble, approached me.  I was minding my own business and hadn’t even spoken a word.  Before I knew it, he had tackled me to the ground as his friends laughed and cheered him on.  How was this happening to me?  I did nothing to provoke such behavior.  Fortunately, a passer-by stopped.  Obviously, he had seen what was going on and came to my rescue.  He threatened to call the police and the gang of youth quickly ran.

Fast forward to my college days.  I was in Philadelphia shopping alone at the Gallery—an indoor mall—on Market Street.  I was a seminarian at the time.  Again, a group of black teens/young adults approached me looking to start something.  I had not spoken a word to any of them.  I told them that I was not looking for any trouble and that I was, in fact, studying to be a priest.  One nearby lady heard me say this and immediately came and stood by my side and told the troublemakers to go before she called the cops.

I try to think of myself as a person who is colorblind.  I try not to judge a person because of his or her skin, race or nationality but seek to determine what is going on in the heart.  I have vacationed and shared meals regularly with an African-American couple who have been my friends almost as long as I have been a priest.  In fact, I tried as best I could, not to allow some bad past experiences to poison the way I look at or treat others.

I have lived and worked with priests from Africa, India, Ireland, Poland, Colombia, the Philippines and Mexico.  I studied with men from Vietnam, Poland and China.  They were/are some of the finest people that I was fortunate enough to know.  What a blessing to be exposed to the many different cultures worldwide that all comprise the universal (Catholic) church!

My deepest scars in life, in fact, never came from some foreigners, but rather from those who should have been a source of strength and support—my fellow (American) Catholics.  There were those parishioners who made my life miserable and personally attacked me as a priest for following the request of the bishop to merge parishes.  There were those students in Catholic grade school and high school who made fun of the way I looked, or my ethnic heritage.

Tension is running high in society after the recent shootings in Dallas, Baton Rouge and suburban St. Paul.  People are taking to the streets to protest in various cities.  Whether it is the police who were killed and injured in Dallas or certain black individuals who were shot and killed elsewhere, there is mistrust, anger, fear and an ever-growing concern in the general population.  We need to support our police who do their jobs day in and day out under increasing pressure, tension and scrutiny.  The overwhelming majority perform their duties in selfless, exemplary fashion.  We also need to listen to one another and to hear the concerns that lead to protests in the streets.

We are at a difficult time once again in America.  May God help us all as the presidential election draws nearer.

We certainly need to pray fervently.

Fr. Ed Namiotka
Pastor
Posted by Fr. Edward Namiotka at 6:07 AM No comments: