The Courage to be Chaste 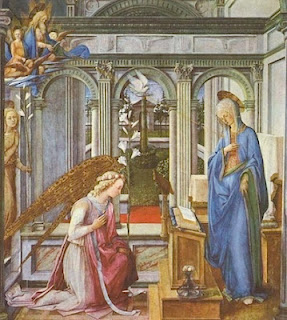 Years ago (in 1985), when I was still attending the seminary, Fr. Benedict Groeschel, CFR wrote a book entitled:  The Courage to be Chaste.  As with all of Fr. Groeschel’s books, I highly recommend this one.

Chastity simply means being sexually pure according to one’s state in life.  For a single, unmarried person, it means refraining from all sexual activity (if and until one chooses to marry).  For married persons, it means to be faithful and exclusive in all sexual activity with one’s spouse.  For Catholic priests or religious, it means that we ordinarily remain celibate (promising not to marry) and thus are called to live purely, in a type of consecrated, single life dedicated to God.

I sincerely think that most people who have walked this earth have struggled at one time or another with being chaste.  After all, a normal, healthy person has a sex drive which urges us to “be fertile and multiply” (Gn. 1:28) as the bible states.  As we understand this drive to have its origin in God, it is good and needs to be seen as such.  It is when sex is taken out of the parameters of the Christian, biblical understanding of a marriage, that it becomes problematic and, in fact, sinful.

e have recently seen grave sexual scandals, once again, come to the forefront within the Church and in the secular world, right in the neighboring state of Pennsylvania.  Is that the only area where we are going to find such problems?  Absolutely not.  I think that this is just the tip of the iceberg, so to speak.

As long as we live in a sexually charged society, where pornography is as easily accessible as turning on a computer, TV or even using a phone, where traditional sexual morals are seen as passé, where abuse and lack of regard for human life has had our popes warning us about a “culture of death,” where the breakdown of the traditional family is so evident, where contraceptives are as easily available as buying candy at the convenience store, we are going to continue to have problems—severe problems.  Sadly, I think it’s inevitable.

Sexual abuse in any form should never be tolerated.  No one is above God’s moral laws.  Although there is usually shame and fear by those who are abused, they should seek the proper help and counsel and realize that they are victims in the situation.

In the meantime, we all have to work at being sexually pure and chaste.  The process is aided by a good prayer life and personal relationship with God, by seeking spiritual direction, forgiveness and counsel—especially in the Sacrament of Penance, by the frequent reception of Holy Communion, by channeling our energies into good, healthy activities (like exercise or sports), by avoiding the occasions of sin (for example, don’t surf the web or the TV channels for porn, don’t frequent bars looking to find “love”), etc., etc.  With the intercession of the Blessed Virgin Mary, pure and chaste, it is possible to live a chaste life in today’s world.  It won’t be easy, but it will be possible.

We all need the courage (with God’s grace) to be chaste. 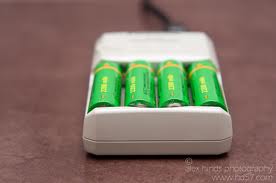 
Some people may find it hard to believe—since I have to do it practically every day—but one of the greatest fears in my life is speaking in public.  When I initially contemplated a priestly vocation, I actually thought that it would be great being a priest—as long as I didn’t have to say anything publicly.  I know that this particular fear exists for many people.  I have worked to overcome my anxiety over the years, with God’s grace.


That being said, I still very much like being quiet and alone at times.  Whether in my room, driving in my car, praying in church, or walking along the beach, I like my quiet time.  Basically, I am an introvert.  This means that usually I get re-energized when I am alone.  It’s not that I don’t like being around people or haven’t been able to develop the necessary interpersonal skills required as a priest.  Extroverts get recharged being around people.  I am just the opposite.


I think that knowing who I am and trying to understand myself, helps me to comprehend some of the decisions that I make. Why do I gravitate towards a silent, monastic retreat?  Why do I find so much solace praying quietly in front of the Blessed Sacrament?  Why do I usually vacation in places where I can find quiet and peace of mind?  (Why am I writing this to you from one of those quiet places?)


I am on vacation right now recharging my battery.  I like the beach—having grown up at the Jersey shore—and so I frequently spend time near an ocean or shore.  For a few days, I will be alone (with God, of course!).  For the major part of the vacation, a couple of my friends will join me.  My ultimate goal is to be refreshed and renewed when I return to the parish.  I have time to pray (especially the Mass as I bring my travelling Mass-kit with me), to read, to write, to exercise and just to relax.

I usually find that it does me a world of good to withdraw from the daily routine for some extended time and to find a corner of the world where I can recharge my inner battery.  Besides, the parish staff usually agrees that I am much more pleasant and easier to work with after some time away!  Just think of how good this vacation time is for them!


See you in another week! 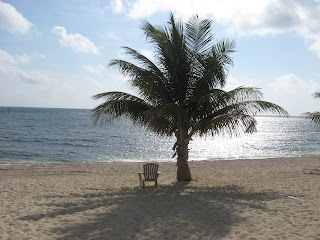 Posted by Fr. Edward Namiotka at 5:27 PM No comments: We were privileged to have Bishop Sanctus Lino Wanok of the Catholic Diocese of Nebbi, Uganda as our guest this past weekend.  He was the principal celebrant at the 5:30 PM Mass on Saturday and the 10:00 AM Mass on Sunday.  Bishop Wanok arrived in the USA to visit the priests from his diocese who are working here in the Camden Diocese—most notably Fr. Alfred Onyutha who had been assigned here at St. Joseph Church.

While enjoying a couple of meals and conversations with the bishop, a few priests and I were able to ask some questions about the church in Africa.  We were told by the bishop that one of his major concerns for his diocese was the strengthening of the family unit and having marriages take place or regularized (convalidated) within the Catholic Church.  For various reasons, people in his diocese would get married outside of the Church (or not be married at all) and he desired to correct that situation.  He informed us that recently 220 couples had their marriages take place together in a common ceremony at the cathedral in Nebbi.  Plans were being made to have this happen in other cities as well.

We were also informed of a few interesting bits of information during our conversations including:  the relative youthfulness of the clergy in the Nebbi Catholic diocese, the large Catholic population there (approximately 80%), the problem of AIDS present in an almost exclusively heterosexual culture, and the matter of fact attitude toward not having many material or technological amenities.  At one point the Bishop informed us that he had been discouraged from visiting our area because of the recent power outages.  His smiling response was:  “For us this is every day.”

There is a certain peace and serenity that I found in these our African brothers.  I observed that they had a pleasant sense of humor, they appreciated so many things that we probably take for granted (like running water and electricity), while they seem to embody a refreshing, simplistic spirituality.

The bishop asked me if we could send his priests some Mass intentions since these were lacking for his diocesan priests.  (If anyone wishes to have us send the priests of his diocese some intentions for Masses to be celebrated, please contact our parish office with the information and any donation.)

Our guest bishop, by his very presence, reminded us all of the true universality or catholicity of our Church.  We all enjoy one faith rooted in Jesus Christ and were able to be with one of the Successors of the Apostles who shepherds a Church far away from us in distance, but nonetheless united in Spirit! 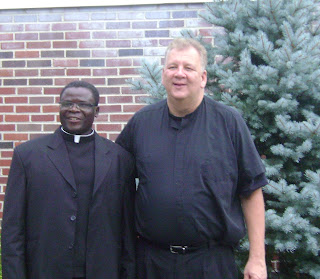 Posted by Fr. Edward Namiotka at 7:03 PM No comments:

What It Means to Volunteer


I have asked, on quite a few occasions, that people be willing to step up and volunteer their gifts, talents and abilities for service in the Church—and ultimately, for the greater honor and glory of God. I truly believe that everyone has something to contribute to the parish, in accord with the words of St. Paul:


Too often today, people look to see what they are going to benefit from a situation: “What am I going to get out of it?” “How much am I going to get paid?” The idea of service, in my opinion, should be seeking the good of the other—not one’s own self—without calculating the cost or benefit. Consider how Jesus had washed the feet of His disciples while giving the following exhortation:

Do you realize what I have done for you?  You call me “teacher” and “master,” and rightly so, for indeed I am.  If I, therefore, the master and teacher, have washed your feet, you ought to wash one another’s feet.  I have given you a model to follow, so that as I have done for you, you should also do.  (John 13: 12b-15)


Being of service to others does not always mean doing it when it’s convenient for me or when it fits into my busy schedule. I can remember many, many years ago, as an altar boy being required to serve the 7 AM as well as the 5:15 PM Mass on various weekdays! Did I like getting up so early before school to serve Mass? Not really. Would I have rather been outside playing with my friends in the evening? Most likely. Being available to help others--even if I am inconvenienced--certainly needs to be kept in mind since service to others usually involves some personal sacrifice and possible inconvenience.

Being of service to others should not include the primary purpose of getting the recognition of others or being noticed. Jesus told us clearly in the Sermon on the Mount: “Take care not to perform righteous deeds in order that people may see them; otherwise, you will have no recompense from your heavenly Father.” (Mt. 6: 1) When we do things for others, we may, unfortunately, never get any recognition or even a “thank you.” But remember, God sees all things, knows our true motivation, and, in the end, is the only one we should be worried about pleasing!

With the above things in mind, I, once again, ask you to offer your gifts to help others, to help strengthen our parish and ultimately to give honor and glory to God by building up the Kingdom of God here on earth! 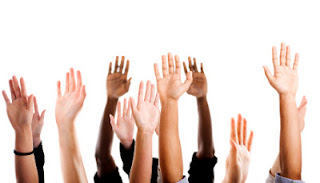 Posted by Fr. Edward Namiotka at 1:32 PM No comments: