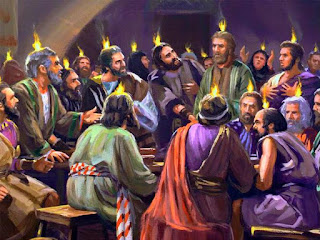 During the next three weeks, the weekend Masses will celebrate some very significant mysteries of our faith:  Pentecost, the Most Holy Trinity and Corpus Christi (The Body and Blood of Jesus Christ).

Pentecost Sunday recalls the descent of the Holy Spirit upon the Apostles and the Blessed Virgin Mary.  Jesus promised that when he left this world He would send His Spirit to strengthen and guide His disciples.  The Holy Spirit continues to direct the Church and to remind us of what Jesus taught.

The Catechism of the Catholic Church (CCC) teaches us (#688) about the Holy Spirit and the Church:
The Church, a communion living in the faith of the apostles which she transmits, is the place where we know the Holy Spirit:
- in the Scriptures he inspired;
- in the Tradition, to which the Church Fathers are always timely witnesses;
- in the Church's Magisterium, which he assists;
- in the sacramental liturgy, through its words and symbols, in which the Holy Spirit puts us into communion with Christ;
- in prayer, wherein he intercedes for us;
- in the charisms and ministries by which the Church is built up;
- in the signs of apostolic and missionary life;
- in the witness of saints through whom he manifests his holiness and continues the work of salvation. 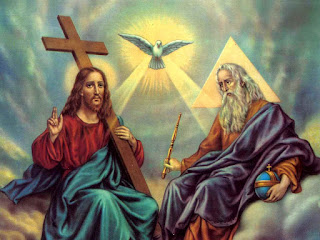 Trinity Sunday focuses on the mystery of the Triune Godhead as revealed to us by Jesus.  Recall that the Jewish people were strict monotheists.  It must have been quite a startling revelation for them that the One True God is a unity of three Divine Persons—Father, Son and Holy Spirit.  Jesus made known the mystery of the Trinity for us. The mystery of the Most Holy Trinity is the central mystery of the Christian faith and of Christian life.  God alone can make it known to us by revealing himself as Father, Son and Holy Spirit. (CCC, #261) This teaching is not something that we would be able to figure out for ourselves without God’s revelation. 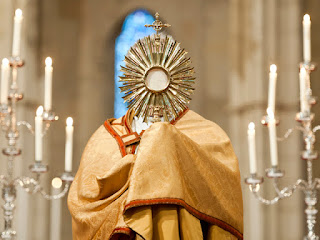 Corpus Christi (which is celebrated in the universal Church on a Thursday—the day of the Last Supper-- but moved to Sunday in the United States) is all about the gift of the Holy Eucharist.  How can the Son of God be truly present under the form of bread and wine?  The Catechism instructs us:

It is highly fitting that Christ should have wanted to remain present to his Church in this unique way.  Since Christ was about to take his departure from his own in his visible form, he wanted to give us his sacramental presence; since he was about to offer himself on the cross to save us, he wanted us to have the memorial of the love with which he loved us "to the end," even to the giving of his life.  In his Eucharistic presence he remains mysteriously in our midst as the one who loved us and gave himself up for us, and he remains under signs that express and communicate this love. (CCC, #1380)
Volumes have been written and countless sermons preached over the centuries on each of these topics.  From a pragmatic point of view, why not take time during the next few weeks to reflect on the wisdom of the Catechism as it tries to enlighten us about our Catholic faith?  We should continually seek greater understanding and clarity as we try to delve more deeply into the precious mysteries of our faith that have been revealed to us.

Fr. Ed Namiotka
Pastor
Posted by Fr. Edward Namiotka at 10:32 AM No comments: 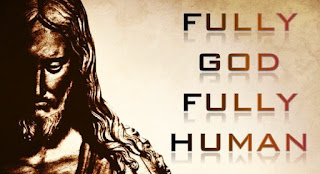 This week’s Gospel contains a phrase that can sometimes be misunderstood or misinterpreted.  Placing it in its proper context in the Gospel of St. John, we have a section from Jesus’ farewell discourse (John, Chapters 14-17).  Jesus speaks to His eleven Apostles after Judas had left the Last Supper to betray Him.  Jesus states in His teaching “. . . The Father is greater than I.”  (Jn. 14:2)  In what sense is this meant?  How can it be true?

There was a heresy in the early Church (4th century) called Arianism.  A priest from Alexandria in Egypt, Arius denied the divinity of Jesus, basically holding that Christ was created by God the Father and not equal (consubstantial or of one substance) with the Father.  This heresy was denounced at the Council of Nicaea (325 A.D.), from which we have the creed that we profess every week at Sunday Mass (Nicene Creed).  In this creed we hear that Jesus was consubstantial with the Father.

Later in the Gospel, Jesus identifies himself with the Divine Name for God (YHWH or I AM) rarely uttered by any Jew.  “So the Jews said to him, ‘You are not yet fifty years old and you have seen Abraham?’ Jesus said to them, ‘Amen, amen, I say to you, before Abraham came to be, I AM.’” (Jn. 8: 57-58) They picked up rocks to stone Him because they thought He was guilty of blasphemy—making Himself equal to God.

With all of this background, how then is the Father greater than Jesus?

[Jesus] who “for a little while” was made “lower than the angels,” that by the grace of God he might taste death for everyone. (Heb. 2:8)

[Jesus] who, though he was in the form of God, did not regard equality with God something to be grasped.  Rather, he emptied himself, taking the form of a slave, coming in human likeness; and found human in appearance, he humbled himself, becoming obedient to death, even death on a cross. (Phil 2: 6-8)

In His human nature, Jesus was lower than the angels, and now subject to suffering and death.  He submitted His will to that of His Father as seen in the agony in the garden: “My Father,  if it is possible, let this cup pass from me; yet, not as I will, but as you will.” (Mt. 26:39)  From the perspective of Jesus’ humanity, the Father was greater than Jesus.  However, Jesus never ceased to be fully God, fully divine and consubstantial with the Father.

Remember, there is no one exactly like Jesus (the God-Man).  The Church had to find ways to explain the mystery of God becoming man with all of its implications, without teaching something erroneous.

If you think that theology is something easy to grasp and to teach precisely, try spending some time contemplating the various mysteries of our faith such as the Incarnation, the Trinity, Transubstantiation, the Virgin Birth, the Immaculate Conception, etc., and then present them to others without veering off into heresy. 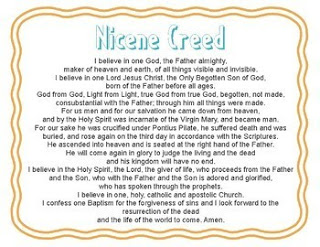 Posted by Fr. Edward Namiotka at 1:21 PM No comments: 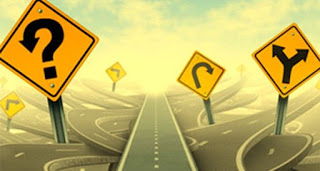 One thing I hopefully learned through my extensive seminary training (in both philosophy and theology) was to be a more critical thinker.  I do not usually take what is told to me as gospel without first dissecting it thoroughly while thinking about it over some extended time.  Don’t be surprised if I tend to pick apart statements and examine word usage.  (Maybe, at times, I analyze some matters too much.)

Over time, I have learned to sift through arguments that were based solely on emotion rather than fact.  I tend more readily to recognize ad hominem attacks on people which have nothing to do their actual stated beliefs.  I look for theological statements to contain genuine substance and for preciseness in doctrine rather than buy into buzz-words and catch-phrases.  I want consistency, clarity and minimal ambiguity.  Maybe this is because I had to stand in front of high school students for a couple of decades trying to articulate the faith as unambiguously as possible.

So, what do I make of some of the confusion that currently exists in the Church?  This situation definitely does not help believers (or even non-believers).  What has infiltrated the Church has been referred to as a “weaponized ambiguity.”  Can divorced and re-married Catholics receive Holy Communion?  Can homosexual unions be sanctioned by the Church?  Is abortion ever justified?  Are Catholics who practice artificial contraception in the state of mortal sin?  It seems to depend with whom you speak.  You can get a different answer to each of the above—sometimes with a wink and a nod—from priests, bishops, theologians, etc.

This vagueness creates havoc with our objective morality and tends to legitimize a moral relativism (situation ethics).  Sin, despite its gravity, becomes a subjective opinion rather than an objective truth.  The danger in all of this uncertainty and confusion is that eternal souls may be lost forever in the process.  It is our obligation in the Catholic Church to lead people to Christ who is the way, the truth and the life and not back to one’s misinformed, erroneous conscience.

As a confessor for over thirty years, people have told me stories about how Father told me that it was not a sin or that Father told me just to follow my conscience.  In actuality, priests like me are not helping anyone by hiding the truth from them and leaving them in the state of sin.  Making a person feel good about himself or herself for a time never truly addresses or remedies any immoral act and its consequences.  If sin is truly bad, people don’t need to be enslaved by it but rather freed from it.  Sin and evil don’t suddenly become something else by our willing it so, our misnaming it or our justifying it.  And in order to follow our conscience, it needs to be rightly-formed.

There are about 2000 years of Catholic Church teaching we are able to reference to find what various saints, councils, pontiffs, etc. have articulated through the years.  While our understanding of Church doctrine may mature with time, no officially defined dogma or traditionally held teaching can be radically changed or suddenly eliminated.  Be a critical thinker and especially take the time to investigate anything that seems strange or contrary to any long-standing doctrine or moral teaching.  It is much better to be safe than eternally sorry. 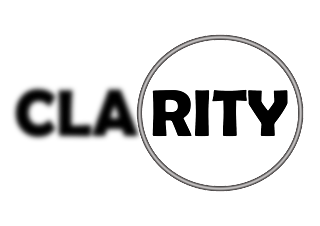 Posted by Fr. Edward Namiotka at 10:50 AM No comments: