I write this week to update you on some of the current happenings at St. Joseph Church.

First, during his visit here on Holy Thursday, Bishop Dennis Sullivan officially re-accepted Mr. Anthony Infanti as a candidate for the priesthood for the Diocese of Camden.  Anthony will continue his seminary training at the Immaculate Conception Seminary School of Theology at Seton Hall University, South Orange, NJ.  Anthony will remain at our parish until later this summer when he will begin his theology classes.  In the meantime, Anthony has been given permission to give some reflections during daily Mass.  While this is not officially a homily as a priest or deacon gives, these reflections will be part of Anthony’s preparation for the very important task of preaching in the future.  Anthony also represented our parish as he ran in the iRace for Vocations 5K last Sunday in Sewell, NJ.

Next, we are in the midst of some very important sacraments for our young people.  Confirmation of our youth (and one adult) was conferred by Bishop Sullivan on April 18th.  We congratulate our students on completing their sacraments of initiation.  This weekend, as well as last, we are privileged to see our children receive their First Holy Communion (during the 5:30 pm Saturday and 10 & 11:45 am Masses on Sunday).  The large number of children is a very positive sign for the future.  I take this opportunity to remind parents that they are the first and (hopefully) the best teachers of their children in the matters of our Catholic faith.  It is the parents’ responsibility to be sure that their children attend Mass weekly, go to the Sacrament of Penance and Reconciliation (confession) on a regular basis, pray in the home, be taught to love God and our neighbor, etc.  There is nothing more important than the imparting of our faith in Jesus Christ to our children.

Our parish business manager, Ellen Hyatt, has decided to lessen her workload and retire from the parish portion of her job.  She will continue to work for the elementary school, as needed.  We are currently accepting applications to fill this part-time position.  Applications can be sent to me via the parish office.  We thank Ellen for her hard work and dedication to our parish over the years.

Fr. Alfred Onyutha, who was assigned to St. Joseph Parish a few years ago, is celebrating his 25th anniversary as a priest this year.  Coming from Uganda, Africa (Catholic Diocese of Nebbi) he has only minimal friends and family here from his home country to help him commemorate this milestone.  Fr. Al will be the main celebrant at the 11:45 am Mass on Sunday, May 24, followed by some light refreshments (courtesy of our Knights of Columbus).  Please come to be a part of Fr. Al’s family away from home as we pray and celebrate with him.

Finally, in case you are wondering about the status of our parish pastoral council, it was unfortunately put on a back burner temporarily.  My hope is that it will be functioning soon.  I will keep the parish informed of any progress.

Please keep me in your thoughts and prayers as I continue to seek the Lord’s strength and guidance as your pastor.  In my weakness, sinfulness and sometimes disorganization, God somehow mysteriously uses me and works through me.  Miracles never cease.  I am living proof. 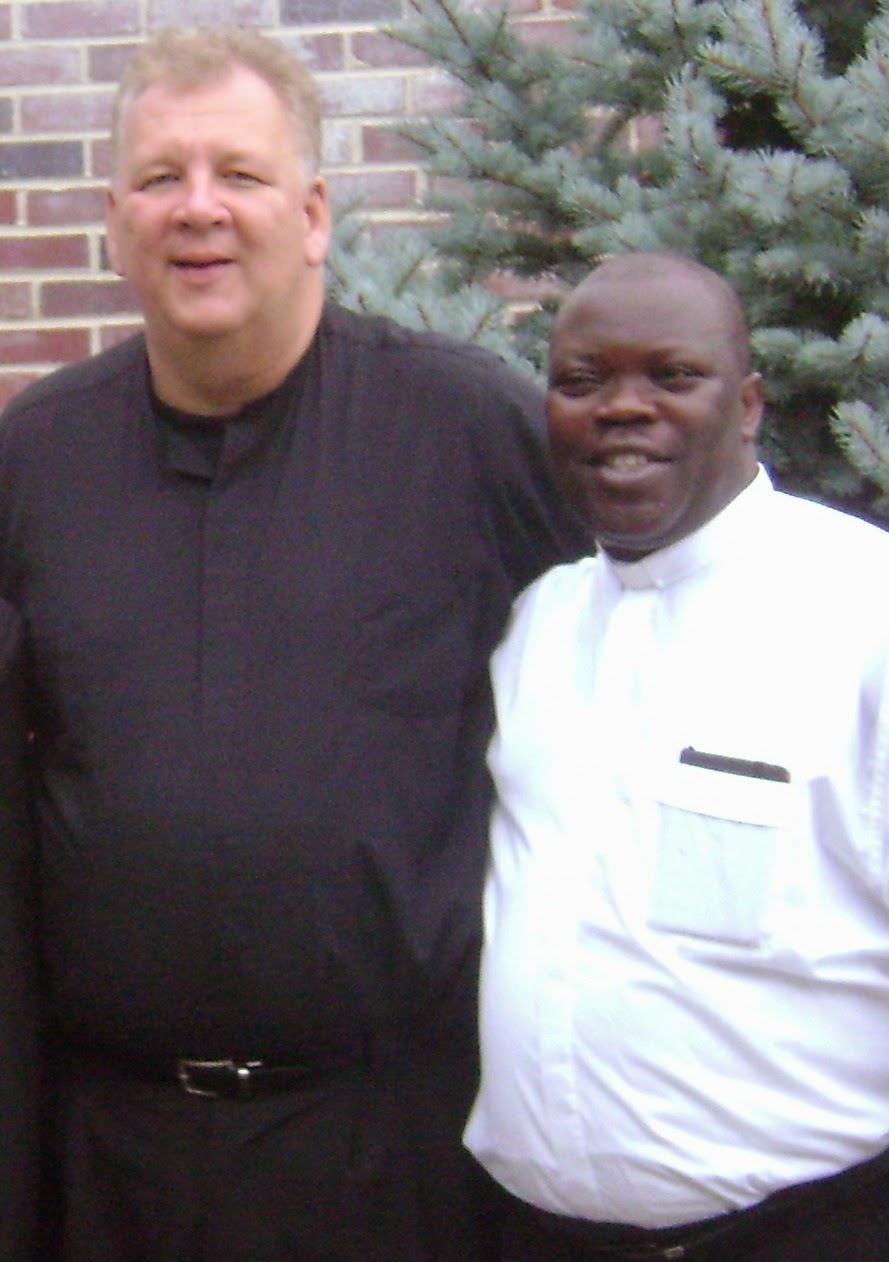 Fr. Alfred Onyutha and me

Posted by Fr. Edward Namiotka at 3:11 PM No comments:

“Who Do People Say that I Am?” Now Jesus and his disciples set out for the villages of Caesarea Philippi.  Along the way he asked his disciples, “Who do people say that I am?” (Mk. 8:27)

At a certain point during his ministry Jesus asked His disciples what people thought about Him.  I’m pretty sure He was not concerned about public opinion in a manner that a politician might question his or her current approval rating.  He, more than likely, wanted to know if people (including his disciples) understood that He was the Christ—the long awaited messiah.  Peter seemed to get it right—“You are the Messiah.” (Mk. 8:29)—but unfortunately was not able to keep to this conviction when the pressure of persecution surrounded him.  Others who may have perceived Jesus as messiah might have had a distorted concept of what the messiah was actually supposed to be.  Certainly, he was not to be a suffering messiah.
I am pretty sure Jesus knew who He was and understood His purpose in this life.
Unfortunately, people still question, comment on and speculate about Jesus’ identity.  Some see him as a prophet, a wise teacher, a holy man or a philosopher.  Others will proclaim His true divinity like the centurion at the foot of the cross, “Truly this man was the Son of God!” (Mk. 15:30) or the apostle Thomas, “My Lord and my God!” (Jn. 20:28).

We all must question who Jesus is at some point or another.  Christians believe that He is the Son of God, the Second Person of the Blessed Trinity.  Therefore, what He has to say matters more than any mere philosopher, teacher, or holy person.   Bold statements in Scripture affirm Jesus divine authority:

“Again the high priest asked him and said to him, “Are you the Messiah, the son of the Blessed One?”  Then Jesus answered, “I am; and ‘you will see the Son of Man seated at the right hand of the Power and coming with the clouds of heaven.’” (Mk. 14: 61-62)

"They came bringing to him a paralytic carried by four men.  Unable to get near Jesus because of the crowd, they opened up the roof above him.  After they had broken through, they let down the mat on which the paralytic was lying.  When Jesus saw their faith, he said to the paralytic, “Child, your sins are forgiven.”  Now some of the scribes were sitting there asking themselves, “Why does this man speak that way? He is blaspheming.  Who but God alone can forgive sins?”   Jesus immediately knew in his mind what they were thinking to themselves, so he said, “Why are you thinking such things in your hearts?  Which is easier, to say to the paralytic, ‘Your sins are forgiven,’ or to say, ‘Rise, pick up your mat and walk’?   But that you may know that the Son of Man has authority to forgive sins on earth”—he said to the paralytic, “I say to you, rise, pick up your mat, and go home.”  He rose, picked up his mat at once, and went away in the sight of everyone.  They were all astounded and glorified God, saying, “We have never seen anything like this.” (Mk. 2: 3-12)

Bluntly stated, we cannot remain simply indifferent about Jesus and His teaching.  Even worse, we are making serious, potentially deadly mistakes (grave sin) when we knowingly defy His ultimate authority and teaching as the Son of God.

Jesus’ words and teaching are life-giving.  He came to save us from eternal death.  He died for our sins and our salvation.
Jesus is Lord, God and Savior.

Other lesser designations or descriptions are woefully deficient. 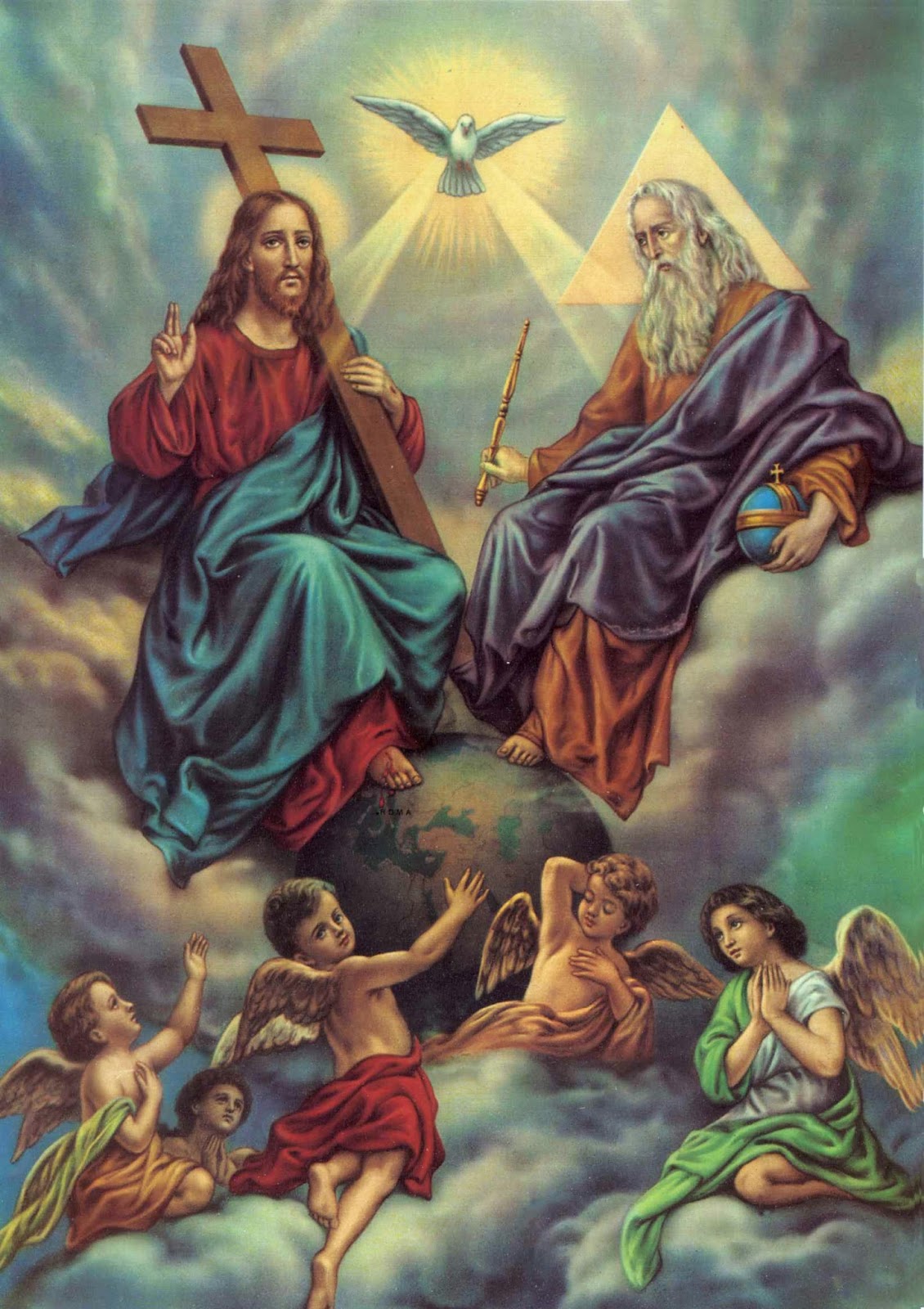 Posted by Fr. Edward Namiotka at 4:27 PM No comments:

Email ThisBlogThis!Share to TwitterShare to FacebookShare to Pinterest
Labels: Divinity of Jesus, Namiotka

The Mercy of God 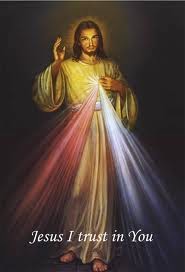 Have you ever taken the time to think about the many times we ask for or refer to the mercy of God in our liturgy?
While mercy in our contemporary thinking may be associated with an act of pardon from punishment, in Catholic theology there is much more to it.
“Divine Mercy is God’s Love reaching down to meet the needs and overcome the miseries of His creatures.  . . . Divine Mercy, therefore, is the form that God's eternal love takes when He reaches out to us in the midst of our need and our brokenness.  Whatever the nature of our need or our misery might be — sin, guilt, suffering, or death — He is always ready to pour out His merciful, compassionate love for us, to help in time of need. . . .” (Dr. Robert Stackpole, STD)

"On that day the very depths of My tender mercy are open.  I pour out a whole ocean of graces upon those souls who approach the fount of My mercy.  The soul that will go to Confession and receive Holy Communion shall obtain complete forgiveness of sins and punishment.  On that day all the divine floodgates through which grace flow are opened.  Let no soul fear to draw near to Me, even though its sins be as scarlet.  My mercy is so great that no mind, be it of man or of angel, will be able to fathom it throughout all eternity." (Diary of Saint Faustina, 699)

Devotion to Divine Mercy is also associated with an image painted as Jesus wished, based on descriptions by Saint Faustina.  The words that accompany the image are "Jesus, I trust in Thee" ("Jezu, Ufam Tobie" in the Polish).  The rays coming from Jesus' body represent the Blood and water that poured forth from the wound He suffered when pierced by the lance.  The devotion is practiced by praying the Divine Mercy Chaplet and Novenas to the Divine Mercy -- both of which may be prayed at any time, but especially at "The Hour of Great Mercy" -- 3:00 PM, the hour our Lord died, and in conjunction with Divine Mercy Sunday.

May the Lord Jesus have mercy on us all. 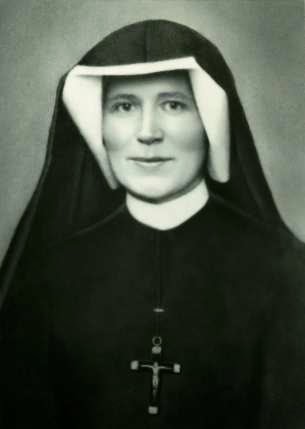 Posted by Fr. Edward Namiotka at 12:20 PM No comments: