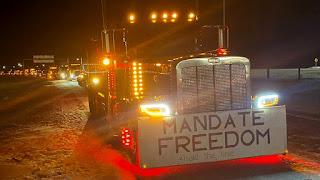 For the past couple of weeks I have been following with great interest the activities of the truckers in Canada.  I chose to watch live-stream videos (Ottawalks, Zoke, etc.) rather than follow the activities on the legacy or main-stream media.  I preferred to observe the raw footage that was provided, so that I did not have to listen to any particular ideology or political philosophy which is often dictated by various commentators and pundits.

Since the truckers’ situation apparently pertained to the country directly north of us, I think I am relatively objective in what I see, without being directly tied to their political system.  Day after day the truckers’ situation in Ottawa (their nation’s Capital) seemed to gain strength and momentum.  The protest was overwhelmingly peaceful.  Demonstrators picked up trash, shoveled snow, fed the people, handed out hand warmers and actually protected various national monuments (after some fringe agitators tried to “desecrate” them).  The protest resembled more of a block party, rather than a violent protest.  I saw music and dancing, fireworks, and flags from the various provinces around Canada.  When truckers and others were interviewed, they mostly appeared to be hard-working, family-loving people, from mixed ethnic backgrounds, who were fed up with the government mandates and restrictions they had experienced for the past couple of years.  I saw truckers praying the Our Father together and people singing the Canadian national anthem with patriotic pride.  Canadian flags appeared everywhere. The bottom line of the demonstration was pure and simple: People want their freedom back. Do away with the restrictive mandates.

Then I heard their Prime Minister speak. What he said did not resemble anything of what I witnessed for the past weeks. He focused on some rather singular irregularities not reflective of the overall tone and purpose of the protest.  In Prime Minister Justin Trudeau’s own words:
Freedom of expression, assembly and association are cornerstones of democracy, but Nazi symbolism, racist imagery and desecration of war memorials are not.
The small, fringe minority of people who are on their way to Ottawa, who are holding unacceptable views that they are expressing, do not represent the views of Canadians who have been there for each other, who know that following the science and stepping up to protect each other is the best way to continue to ensure our freedoms, our rights, our values as a country.
Trudeau also accused the truckers and other protesters of spewing "hateful rhetoric," expressing "violence toward fellow citizens" and being "an insult to memory and truth."
Interestingly, Trudeau had earlier tweeted (March 31, 2020) the following about the truckers:
While many of us are working from home, there are others who aren’t able to do that - like the truck drivers who are working day and night to make sure our shelves are stocked. So when you can, please #ThankATrucker for everything they’re doing and help them however you can.
Now he refuses even to talk with the truckers because they oppose his various mandates and go against his narrative. He even invoked the Emergencies Act against the demonstrators.
Well, the Prime Minister’s popularity is tanking. A recent Maru poll indicated only about 16% of Canadians would vote again for Trudeau as prime minister. Similar protests are appearing in Australia, New Zealand, France, Belgium, Israel, the Netherlands, and other countries. The truth is that people are tired of lockdowns and restrictions. They want freedom and a return to normal living.
And I think the human spirit—demonstrated by the Canadian truckers—will be triumphant in the end.
God bless them! 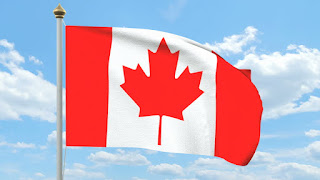