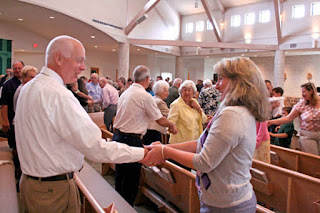 I question how many people know what it actually says in our liturgical books (the Roman Missal) about the sign of peace.  I quote from the rubrics (liturgical instructions printed in red):  Then, if appropriate, the deacon or priest adds: “Let us offer each other the sign of peace.”  It appears to be left to the priest’s discretion whether or not he invites people to exchange the sign of peace at Mass.

There are numerous options given to a priest during Mass. There is the choice of penitential rite, the choice of Eucharistic Prayer and the choice of final blessing, just to name a few.  A priest may wear Gothic or Roman vestments. A priest may incorporate Latin (Sanctus, Agnus Dei) and Greek (Kyrie) into the Mass.  A priest can decide whether to offer Mass using the prayers for the saint of the day (when it is an optional memorial) or not. (Then, the liturgical colors of the vestments would sometimes change accordingly.)  A priest may choose to use incense at Mass.  Etc., etc., etc.  Lots of options are given.  Perhaps too many.

With so many options at the discretion of the priest-celebrant, the Mass can look quite different from parish to parish, let alone from diocese to diocese or country to country.  (And, I am not speaking about language/cultural differences here.)  The Mass—which was once a unifying point for Catholics throughout the world—has, at many times, become a place of confusion and sometime outright contention.  I don’t like that type of music.  Why do you have to use Latin?  Incense makes me cough.  There should be more time for silence.  We should/should not use bells.  Get the picture?

The current trends coming from authorities in Rome seem to have a real problem with traditional forms of the Mass.  As one who has seen liturgical abuses ad nauseam over my fifty plus years serving on the altar (altar boy, seminarian, through 35 years of priesthood), it completely baffles me.  So many things I have seen have truly been scandalous and irreverent—from Masses celebrated on a raft in the ocean by a bare-chested priest, to clown Masses, to rock and roll Masses, to Masses with puppets, to Masses with liturgical dance by scantily-clad women, etc. etc.  And the traditional Latin Mass is discouraged, limited, forbidden or condemned?  Give me a break!

Up until the 1960’s, there was a traditional, standard, unified way of offering the Holy Sacrifice of the Mass.  Somehow, afterwards, it became acceptable and standard practice for the priest to no longer face God (ad orientem), for the people to receive Holy Communion in the hand without kneeling in reverence, to flood the sanctuaries with Extraordinary Ministers of Holy Communion (commonly referred to as Eucharistic Ministers), and many other practices.  Has it all led us to a deeper belief in the Real Presence of Jesus in the Holy Eucharist?  Have the churches grown or diminished in membership?  Are there more young men desiring to be priests?  Do the majority of baptized Catholics still believe and regularly practice their faith? 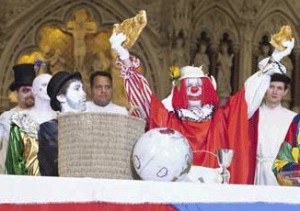 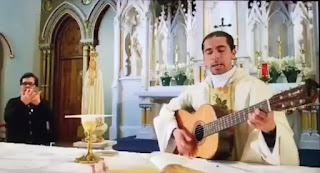 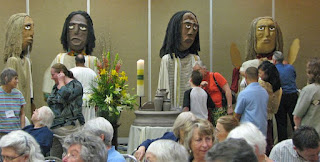 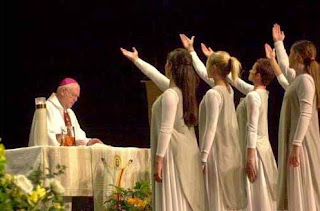