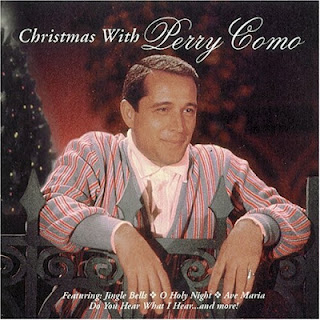 While I was out grocery shopping one day, I eyed a display in the store for some Christmas music.  I ventured down the aisle and picked up two CD’s—the first by a contemporary artist, Michael Bublé, and the second by an artist from the past, Perry Como.  I purchased the two albums since I thought I would enjoy listening to both artists.

On the way home, I popped a disc into the CD player in my car and began to listen to the “Christmas” music.

The first song of Michael Bublé’s album entitled Christmas was: It’s Beginning To Look A Lot Like Christmas.  Next came, Santa Claus Is Coming To Town, followed by, Jingle Bells, White Christmas, All I Want For Christmas Is You, Holly Jolly Christmas, Santa Baby, Have Yourself A Merry Little Christmas, and Christmas (Baby Please Come Home).  Finally when I reached song number 10 (of 15 on the album), I actually heard something religious:  Silent Night!

I couldn’t believe that it took 10 songs before I arrived at a song that had anything remotely to do with the actual reason for this holy day—the birth of Jesus Christ.  Only one other song on the entire album had a religious message, the Ave Maria.  Incidentally, the pronunciation of the Latin during this song was, I’m sad to say, laughable.  What a disappointment!

Thankfully, the album Christmas with Perry Como (originally produced in 1968) contained 7 songs (of the 10 on the album) of a religious nature.  And at least Perry Como sang with the proper Latin pronunciation during the Ave Maria, also found on this album.

Over the years, I have witnessed a continual movement in our society away from things spiritual and religious.  Secular materialism is far too rampant and political correctness has become the norm.  Happy Holidays! Season’s Greetings! Merry Xmas! How about Merry Christmas!

A few years ago I even received a letter from someone telling me how I needed to be more inclusive in my Christmas homily.  I guess I should have put Hanukkah and Kwanza on par with the celebration of Christ’s birth—in a Catholic Church, no less!

I guess there will always be a struggle to “Christianize” the world.  That’s the mission of evangelization—to preach and teach the Good News of salvation found in Jesus Christ.

As we journey through Advent, I hope and pray that Christ will have a central place in our hearts and in our homes.  Make sure that the Nativity scene becomes more prominent than Santa, Rudolph and Frosty in our Christian homes.  Send religious Christmas cards, not secular ones!  Wish people a Merry Christmas!  Reduce the number of material gifts!

The greatest gift that we can ever receive or give is the gift of faith—faith in the Son of God who became one of us!

Now there’s something to sing about! 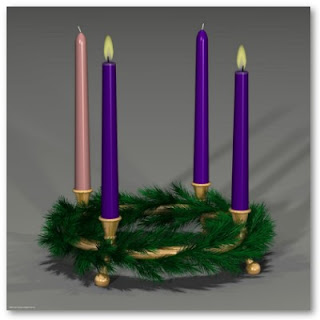 Posted by Fr. Edward Namiotka at 6:06 AM