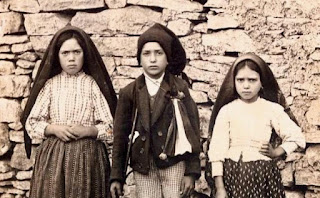 It was Sr. Lucia, the last living seer of Fatima, who was reported to have used the phrase "diabolical disorientation" between 1969 and 1971 concerning the chaotic situation in society (and the Church).  Things were not headed in the right direction for decades, and she understood that there were/are certain diabolical forces behind it all.  I certainly agree.
As it has played out over time in various cultures worldwide, the following are some of the ways I contend humanity/society has become ever-more disoriented:
Moreover, Pope St. Paul VI wrote the following in 1972 regarding the Catholic Church itself:

. . . We would say that, through some mysterious crack—no, it’s not mysterious; through some crack, the smoke of Satan has entered the Church of God.  There is doubt, uncertainty, problems, unrest, dissatisfaction, confrontation.
I argue that this smoke of Satan is manifested in the following ways:

We, as a society and as a Church, have been headed over the  cliff and into the abyss for some time now.  However, I have never been without hope.  God does indeed exist and there is always hope because of Him.  And behold, I am with you always until the end of the age (Mt. 28: 20).

I also believe we are in need of some type of Divine Adjustment to counter the chaotic situation we are encountering.  I claim no supernatural insight into the manner of God's acting.  Rather, I trust and continually work on my own conversion.  Repent, and believe in the Gospel.  I acknowledge the absolute necessity of trying to live and remain in the state of grace.

My best advice is for everyone to strive untiringly to do the same.