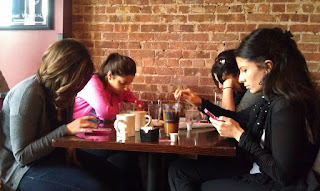 If you have lived long enough you can surely remember black and white TV’s, rabbit ears, and the three major channels/networks (with their test patterns when they went off the air).  I vividly recall as a child being invited to watch the Saturday morning cartoons in color for the first time at my friend’s home.  What a difference color made!  My family did not have a phone in the tiny house that we rented.  Unthinkable today!  I was trained to type on a manual typewriter in high school.  I remember playing Atari’s Pong on the TV and the green screen of the Apple II computer that I initially used at school.  I’ve been through vinyl records (331/3, 45 and 78 RPM speeds), 8-track tapes, cassette tapes and CD’s before the dawn of digital music downloads.  As time progressed, I even purchased a bag phone for my car—something that slightly resembled the old military phones that you might see in the movies.  I was moving right along with the latest gadgets and trends!

Honestly, I have seen technology progress at such a rapid pace that I can hardly keep up. Windows, Google, Facebook, Twitter, Instagram, Snapchat, Skype, LinkedIn, YouTube and so many other terms have been added to our vocabulary, reflecting the ever-growing pace of technology and social media.  Is the end result of all this good?

Here are some of my observations:

·   People drive in the car while using the phone all too often.  While we are supposed to be hands-free, frequently we are not.  The multiple signs about texting while driving and distracted driving warn us concerning the sometimes tragic result of this practice.  People have even walked into traffic, into inanimate objects or other people while texting or using their smartphones.

·  Phones now ring in inappropriate places and usually at the wrong time—in church, in classrooms, in the theater, while dining, etc.  Hearing the theme from Rocky, Tubular Bells (from the Exorcist) or Welcome to the Jungle (from Guns N’ Roses) doesn’t particularly appeal to me when I am trying to preach my homily, raise the sacred host at the consecration, or conduct a funeral.

·    Too many people no longer know how to hold an intelligent conversation, look at someone in the eyes when speaking and exhibit proper social etiquette/behavior.  Some of this seems to be the fault of being addicted to the smartphone or other devices.  Can we possibly go into a restaurant and not see a table with multiple people all on their devices at the same time?  Has a notepad or electronic game become a cheap and effective way of keeping the kids busy and quiet?

·    We need firewalls and other protections to keep us from identity theft.  We need filters to keep pornography and graphic violence from reaching our children’s eyes, minds and souls.  We might know of people who have had inappropriate relationships and affairs start online. We probably have seen the TV series focusing on child predators and the internet, not to mention how every type of sexual perversion imaginable can now be found somewhere online.  We hear of terrorists being radicalized on the internet.  We now have the possibility of more widely spread false news stories distorting the truth, ruining reputations and creating confusion in many people’s minds.

I am certainly aware of the various good things that we now have instantly at our fingertips because of technology.  I can access information just about anyone and anything.  I can also disseminate information quickly and to many people.  I can speak to while seeing people around the world. However, the internet is like travelling to places abroad—some destinations are relatively safe while others are not.  In fact, some places are outright dangerous.

We are going to have to learn to deal with a new President who tweets in his sleep.  And the internet is not going away.  In fact, the other morning I received an e-mail from the monastery of the Trappist Monks where I frequently go on retreat.  They occasionally advertise the things that they sell in their bakery by e-mail and on their website.  Knowing that our technology has even invaded the solitude of the Trappist Monks, I put up my white flag.  Gone are the days fantasizing about joining a monastery to escape the world!

With regards to all of this new technology, for me, at least, the jury is still out. 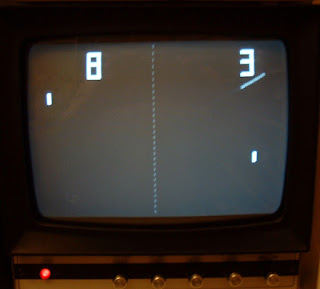 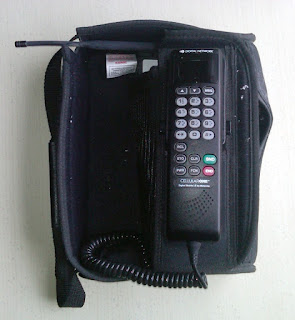