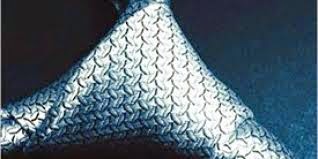 No, I did not read the book.  No, I have no intention of seeing the movie.  Really, I would rather not bring attention to this insanity at all.  However, before viewing another film (The Imitation Game) on a recent guys night out, the trailer for a soon-to-be released—just in time for Valentine’s Day!—movie appeared.  The coming attractions for 50 Shades of Grey, in and of themselves, made me quite nauseous.  This trailer unfortunately led me to investigate things that I would rather not even think about—ever.

I read a synopsis of the book.  I discovered that it was part of a trilogy.  I had to put  together only a few pieces of the puzzle to realize that I was dealing with the glorification of abusive relationships and extreme sexual perversion.  I was encountering things so dark and demeaning, so sexually distorted and offensive that I dare not describe them here.  Ironic, isn’t it, how President Obama and a victim of sexual abuse, Brooke Axtell, recently appeared during this year’s Grammy Awards to denounce violence against women?  Meanwhile, a novel like 50 Shades of Grey sells over 100 million copies worldwide and is translated into 52 languages.  Global insanity?  You betcha.

Today’s culture has so many radical distortions of the true beauty and meaning of human sexuality.  Do we remember at all that God is the author of life and of the very manner in which we reproduce?  Sex is part of His plan and it is holy and good in its proper context—marriage.

What’s the big fuss about sexuality, Father?  The Church needs to stay out of the bedroom!  After all, you priests are part of the problem!  Clean up you own act first!

The crux of the problem, as I see it, is that the bedroom is far from private these days.  It is literally in our faces.  It is seen explicitly on television, On Demand, in the movies, in books and magazines, on the internet, etc., etc.—in the most graphic and obscene ways.  More and more perversion, deeper and deeper darkness, the glorification of sin and recreational sex, no traditional moral guidelines, further and further down the rabbit hole . . . .  How bad is it going to get?  I thought that we hit rock bottom years ago!  Foolish me.  (And it severely damages the entire culture—including its priests and religious.  We do happen to live in the same world, don’t we?)
A few years ago, when I talked to a Trappist monk, Fr. John Eudes Bamberger, OCSO, the retired Abbot of the Abbey of the Genesee (Piffard, NY) while on retreat, he said something to me that I ponder regularly:  “Our world is gravely sick with perversion.”  He was well aware of this fact even from behind the cloistered monastery walls, living as a hermit!  The cancerous cells of sin have a strange way of attacking—seeking to damage and ultimately to kill any and all organs of the body—even within the mystical Body of Christ!

Ash Wednesday begins another season of Lent.  It is a time of repentance and a call to follow the Gospel.

Jesus brings sanity and healing to our world.  He brings truth, clarity, and meaning to our lives.

Hopefully, we all will realize it before it’s too late!