Remembering and Understanding Our Sacred Tradition 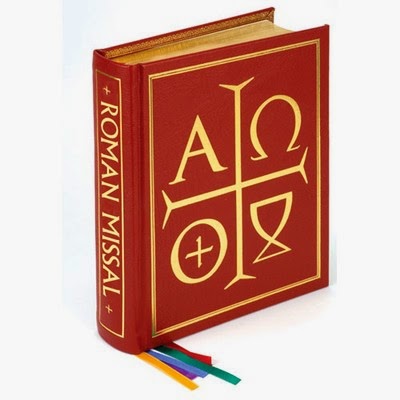 When I finished high school and was accepted for admission to a college seminary to study for the priesthood, I was told at the time that I needed to study both Latin and Greek—two years of each.  I had no familiarity with either language up to then.  Since we belong to the Latin or Roman Rite—we are Roman Catholics—the study of ecclesiastical Latin provided me with some valuable background for what is still our official church language.  (Moreover, Koine or biblical Greek would prove very beneficial for my understanding of Sacred Scripture.)

At times, various people will reference Vatican II (the Second Vatican Council) and not know what the documents from that ecumenical council actually say.  Sacrosanctum Concillium, the Constitution on the Sacred Liturgy of the Second Vatican Council, actually states the following:  Particular law remaining in force, the use of the Latin language is to be preserved in the Latin rites (#36).  It certainly makes no sense to me to disregard approximately two thousand years of our precious history and tradition.
That is why, at various times during the liturgical year, I encourage our musicians to introduce various elements of Latin and Greek into our liturgy—specifically, the Kyrie (Greek) and the Sanctus and Agnus Dei (Latin) during the seasons of Advent and Lent.  By now, if we regularly attend Mass, we should all know the English translations for the above as the Lord, Have Mercy, the Holy, Holy, Holy and the Lamb of God.  This variation also gives us an opportunity to experience Gregorian Chant, another significant tradition from our musical heritage.  I have suggested that we change our routine during Advent and Lent since these liturgical seasons are meant to be different from Ordinary Time.

Interestingly enough, my experience in the classroom has shown me that if it is presented in a positive manner, children and teens are receptive to learning these parts of the Mass in the ancient languages.  (Sadly, I sometimes have received much more resistance from others of slightly older generations who seem to have an aversion or even disgust for anything considered pre-Vatican II).

Someone once disparagingly reminded me how Latin is no longer a spoken or conversational language.  It is used for the liturgy and in church documents and writings.  Interestingly enough, as a result, it allows this ancient language to be unique and set aside for sacred matters, like addressing God in prayer.  Keeping something as special or reserved for God alone seems like quite a novel idea, doesn't it!  Maybe its use would reflect a bit more reverence above and beyond the colloquial or pedestrian language that we use for everyone and everything else.  Just saying!
[As a side note, another matter referenced in this document was the assumed ad orientem position of the priest (i.e., facing liturgical East with the people).  The priest facing the people (versus populum) is never mentioned in this document!  Yet, high altars were moved or even destroyed in many churches and the priest regularly faces the people during the post-Vatican II liturgy.  This, however, is a topic for another day.]
I leave you with the following Latin motto which one of my seminary professors used to inscribe atop his papers and handouts: A.M.D.G.—Ad Maiorem Dei Gloriam.  It is the motto of the Society of Jesus, the Jesuits, of which Pope Francis is a member.  May all things be done for the greater glory of God!

Gregorian Chant
Posted by Fr. Edward Namiotka at 10:21 AM