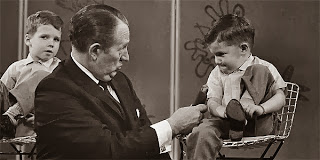 There was a TV show hosted by Bill Cosby back in the 90’s entitled Kids Say the Darndest Things which was based on an earlier Art Linkletter show.  (Now I’m really beginning to date myself and feel old!)  During these shows, children were asked questions similar to what they are doing today on certain AT&T “It’s Not Complicated” commercials.  The children can be seen giving various spontaneous remarks that would usually get a laugh or raise an eyebrow.

Truth be told, an awful lot of things can be learned from what children tell us.  For example:

A religious education teacher asked her little children as they were on the way to Mass, "And why is it necessary to be quiet in church?"  One bright little girl replied, "Because people are sleeping."

She seemed to have such great insight!  And then there was this situation:

After a Mass, a little boy told his pastor, “When I grow up, I’m going to give you some money. “Well, thank you.” The pastor replied, “But why?” “Because my daddy says you’re one of the poorest preachers we’ve ever had.”

On the first day of school, about mid-morning, the kindergarten teacher said, "If anyone has to go to the bathroom, hold up two fingers." A little voice from the back of the room asked, "How will that help?"

Obviously, the child was an Einstein in the making!

Recently, I tried asking a question or two myself to a few of the young people while they were in or around church during religious education classes.  My question was simply:  Does your family go to church?
On more than one occasion the children replied to me with the same answer, although they were not present to hear each other’s responses:  “We’re just too busy!”   It’s truly amazing to me how a 6, 7 or 8 year old child could have such a busy, complicated life!  I wonder where that excuse actually originated?!  No, I don’t really have to wonder.  I’m pretty sure I already know.

When a person or family is too busy to worship God, then that person or family is much too busy.  The season of Advent, a time of preparation for the coming of Christ, calls us to get ourselves ready.  It can be a time to re-prioritize things in our lives.  Shouldn’t the love of Jesus Christ for us be motivation for us to pray and worship God each week?  Is one hour out of the 168 hours of the week asking too much of us to give some time back to God?
Out of the mouths of babes oft times come gems. 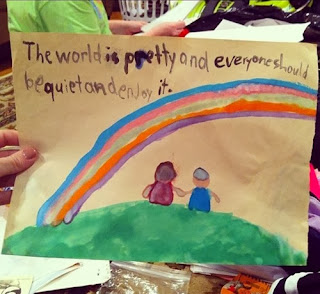 Posted by Fr. Edward Namiotka at 6:53 AM