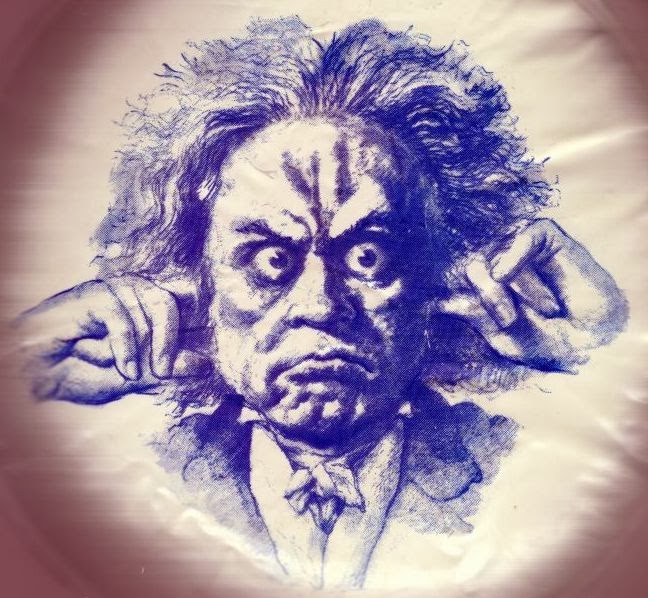 It’s no secret that I like music.  I have been exposed to a very eclectic assortment of music and songs from the time I was a child.  From listening to polkas, to Broadway musicals, to rock, to pop, to country, to classical, to easy listening, to various religious hymns, I have enjoyed a rather diverse mix of music at varying times in my life.

And so, this past Sunday--in a moment of weakness or temporary insanity--I turned on the 56th Annual Grammy Awards to see what is happening in the music world.

Where do I begin?

Ludwig van Beethoven has to be rolling over in his grave.  Or rather, he’s probably doing somersaults and flips after watching Pink’s athletic prowess as she twisted and twirled suspended high above the Staples Center in Los Angeles.  If she ever gives up singing, she’s a shoo-in for a position in the next Cirque du Soleil production.

Some performers were entertaining, some truly bizarre, some scary, and some on the fringe of lunacy.  Was there much musical talent—enough to receive an award?  What is it they say about beauty being in the eye of the beholder?  Is there such a thing as temporary blindness (as there is temporary insanity)?  While I realize that so many of these artists have the vocal ability and the deftness (a la "Deft" Punk) to play instruments beyond the average human, the over-all content of what they choose to write or perform never ceases to disturb me.

Let’s begin with pop star Katy Perry’s Dark Horse presentation.  Dressed as a witch, being burned by fire while clutching a broomstick that resembled something a pole-dancer from a strip club might be gyrating around, she looked simply satanic.  The goats in the background, the cross on her clothing, the red and black colors, the fire, and the pouring of sand around her, all have varying ties to witchcraft and/or satanic rituals.  Katy enjoys pushing buttons.  From kissing other girls and liking it to wearing cupcake tops on her breasts, this should come as no surprise to anyone who follows her music career.

Take the time to examine the uncensored lyrics of a popular song like Robin Thicke’s Blurred Lines (particularly verse 3) or just try to decipher the meaning of rapper Kendrick Lamar’s “m.A.A.d City.”  His portion of a song could not be aired without a continual censoring from the network. I actually thought that something was wrong with the audio programming until I realized every other word was being bleeped.  And can’t you just imagine the profound meaning behind Record of the Year winner Daft Punk’s (We’re Up All Night to) Get Lucky?  So far, so nauseating.

The culmination of it all was the actual wedding ceremony of both gay and straight couples by Queen Latifah performed during the song Same Love by Macklemore & Ryan Lewis.  It reminded me of something the Moonies (members of the Unification Church who were followers of the Rev. Sun Myung Moon) used to do when I was growing up—minus, of course, the same-sex couples.

I didn’t happen to see pop stars Miley Cyrus, Justin Bieber, Lady Gaga or One Direction present during the evening’s festivities.  With or without this award ceremony, I guess they were busy doing something else more important, perhaps twerking their millions right to the bank.

Through it all, I thought about Beethoven, Bach, Mozart, Tchaikovsky, and Chopin all rolling over in their graves.  I thought about the choirs of angels making their heavenly music before the throne of God.  And I thought about the lyrics from an old Don McLean song.  I don’t know if it was the day the music died this past Sunday, but I think that some of today's "music" may be barely on life support. 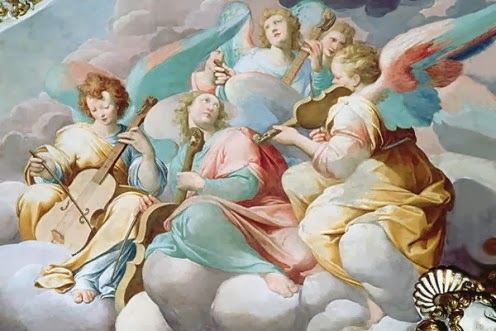