"I am the Immaculate Conception" 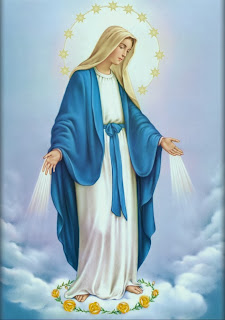 Among some Catholics, there is still a misunderstanding regarding what is meant by the term (or title) Immaculate Conception.  Some people mistakenly think that this title refers to Jesus and His being conceived miraculously in the womb of His Mother Mary.

In 1854, Pope Pius IX proclaimed the following in the Apostolic Constitution Ineffabilis Deus:

The most Blessed Virgin Mary was, from the first moment of her conception, by a singular grace and privilege of almighty God and by virtue of the merits of Jesus Christ, Saviour of the human race, preserved immune from all stain of original sin.
This proclamation was one of two notable times in the history of the Catholic Church when a pope declared an infallible dogma ex cathedra (that is, from the chair of St. Peter’s teaching authority).  The other occasion was the dogma of the Assumption of the Blessed Virgin Mary into Heaven.

Our catechism instructs us:  “Through the centuries the Church has become ever more aware that Mary, "full of grace" through God, was redeemed from the moment of her conception.  That is what the dogma of the Immaculate Conception confesses . . . .”  Catechism of the Catholic Church, 491.  Mary was redeemed by Christ as all humanity is, but her redemption began at her very conception in the womb of her mother by a singular grace—hence, the term Immaculate Conception.

Around the same time as the pope, bishops and theologians were wrestling with this theological matter, Bernadette Soubirous was born in Lourdes, France in 1844.  Saint Bernadette, as she is now known, is remembered for having received eighteen apparitions of the Blessed Virgin Mary between February 11 and July 16, 1858.  Our Lady asked for a chapel to be built at a grotto in Massabielle where the apparitions occurred and a miraculous spring of water now flows.  During these apparitions, Our Lady identified herself to St. Bernadette with the phrase “I am the Immaculate Conception.”  St. Bernadette, an illiterate peasant girl with no formal training in theology, had no idea what the phrase Immaculate Conception meant.  She was only fourteen at the time of the visions.  It seems that in these apparitions Our Lady herself confirmed what the Church had formally declared just four years earlier.  The church holds these apparitions as worthy of belief.
The Solemnity of the Immaculate Conception of the Blessed Virgin Mary is celebrated annually on December 8th and it is a Holy Day of Obligation. Too often various Holy Days are not observed by Catholics at all, regardless of whether there is an obligation to attend Mass. I must emphasize that just because we may or may not be obliged to attend a particular Holy Day Mass on various years, it doesn’t mean the importance and significance of the occasion should be diminished nor should we get into the habit of doing only the least possible for God (minimum requirement) when it comes to our faith.
Our Lady, as the Immaculate Conception, is the patroness of our country and our diocese.  She should certainly have a special place in our hearts. 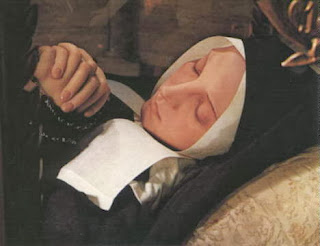