“Father, I’d Like to Buy a Mass” (Masses and Mass Intentions) 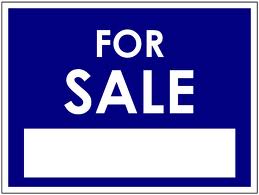 Occasionally, someone will come into the parish office / rectory with the following request:  “Father, I’d like to buy a Mass.”

Quite frankly, I would have to respond, “Sorry, they’re not for sale.”  We are not in the business of buying or selling sacraments or spiritual things.  This is referred to as simony.  We read the following about Simon the Magician (from whom this practice gets its name) in the Acts of the Apostles:

When Simon saw that the Spirit was conferred by the laying on of the apostles’ hands, he offered them money and said, “Give me this power too, so that anyone upon whom I lay my hands may receive the holy Spirit.” But Peter said to him, “May your money perish with you, because you thought that you could buy the gift of God with money.” (Acts 8: 18-20)

The Holy Sacrifice of the Mass is offered to God, the Father.  It is the re-presentation of the Sacrifice of Jesus, begun at the Last Supper and completed on the Cross.  Each Mass is usually offered with both general and particular intentions.  Members of the faithful can ask to have their particular intention(s) included in a particular Mass—what is commonly referred to as an announced Mass.  The Mass is usually offered for a deceased person or for the intentions of someone still alive.  In our parish, the intention is announced in the church bulletin, at an appropriate point during the Mass itself or both.

Then there is the issue of the Mass stipends.

It is the Church's constant practice, as Paul VI wrote in the Motu Proprio Firma in Traditione that "the faithful, desiring in a religious and ecclesial spirit to participate more in intimately in the Eucharistic sacrifice, add to it a form of sacrifice of their own by which they contribute in a particular way to the needs of the Church and especially to the sustenance of her ministers." (Decree on Mass Stipends, Congregation for the Clergy, Feb. 22, 1991)
Mass stipends are intended to support your priests.  At various times and in different cultures, these donations provided entirely the means of support (for the basic necessities) that a priest needed in order to live.  Today, in our society, priests receive a salary.  The stipends, however, are still regarded as an offering (donation) by which the parishioners continue to share in the sustenance of the priests.

Requesting to have a Mass offered is the greatest spiritual gift that we can give to anyone—living or deceased.  It shows our belief in the importance of the Holy Sacrifice of the Mass and in Jesus’ saving action.  It joins our particular intention to the greatest, most efficacious, salvific work singularly accomplished by Jesus Himself—His Passion and Death on the Cross.

I encourage you to have a Mass offered regularly for your deceased loved ones and for various special intentions for the living (especially the spiritual well-being of family members and friends).

As pastor, I remember you in all my Masses and particularly in the pro populo Mass that I offer for you, my parishioners, weekly. 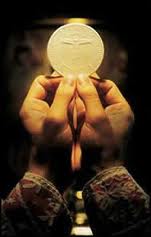