Two Saints in the USA 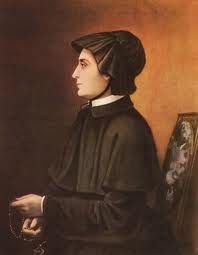 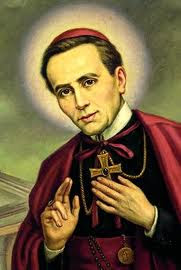 This week we honor both St. Elizabeth Ann Seton (Jan. 4th) and St. John Neumann (Jan. 5th).  I proudly admit that I have a personal devotion to both of these “American” saints.

Frequently, when I am in Philadelphia, I visit the church of St. Peter the Apostle (5th St. & Girard Ave.) where the remains of St. John Neumann are kept in the lower church.  He was a remarkable man who came from Bohemia (currently the Czech Republic) to America because of an over-abundance of priests in his homeland during the 1830’s.  John was ordained a priest by Bishop John Dubois of New York and assigned to work with German immigrants, initially in the Niagara Falls and western New York state area.  He was a man gifted with languages and could hear the confessions of people spoken in at least six tongues.

Being lonely and seeking some fraternal camaraderie, he joined the Redemptorist Order (Congregation of the Most Holy Redeemer or C.SS.R.).  Later, when he was appointed the 4th Bishop of Philadelphia, he established and organized the Catholic School system there, increasing their numbers from two to about 100 schools.  In addition, Bishop Neumann notably fostered the 40 Hours Devotion to the Most Holy Eucharist, established and built many parish churches and founded and/or invited various religious orders of sisters to work in his diocese.

As a seminarian, I completed my studies at Mt. St. Mary’s Seminary in Emmitsburg, MD.  Buried in Emmitsburg are the remains of St. Elizabeth Ann Seton.  Elizabeth, a native-born American, grew up in the wealthy part of New York society.  Married with five children, her husband died of tuberculosis while they were in Italy.  Influenced by her stay there and moved by an ever-increasing love for and belief in Jesus’ Real Presence in the Blessed Sacrament, she converted to the Catholic faith (from Protestantism).

Elizabeth later became an educator of children, was instrumental in the establishment of free Catholic schools, and is the foundress of the Sisters of Charity—from which six separate religious congregations trace their origin.  She is honored by the Church as wife, mother, educator and foundress.  She was the first canonized American-born saint.

It is important that we know our local Catholic history.  I also find it invaluable to visit, whenever possible, the shrines where these saints are buried.  We can learn so much from them.

These two faith-filled people are part of our Communion of Saints whom we one day hope to join forever in Heaven.  Get to know them!  You will be glad that you did!
Fr. Ed Namiotka
Pastor 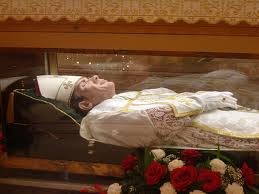 The Remains of St. John Neumann
Posted by Fr. Edward Namiotka at 9:19 PM