"Houston, We Have a Problem." 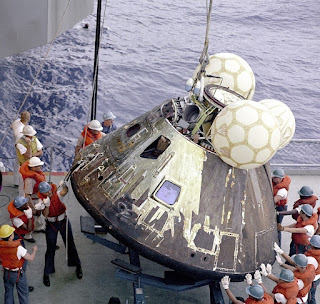 Apollo 13
Dear Parishioners,
I couldn’t but help recalling the above phrase attributed to the Apollo 13 astronauts when I heard about another incident recently occurring within the Catholic Church.
In a somewhat recent matter necessitating official clarification, the Vatican issued a statement (March 15, 2021) on the blessing of homosexual unions:
Responsum of the Congregation for the Doctrine of the Faith to a dubium regarding the blessing of the unions of persons of the same sex
Does the Church have the power to give the blessing to unions of persons of the same sex?
Response: Negative
Part of the Vatican response reads: . . . Since blessings on persons are in relationship with the sacraments, the blessing of homosexual unions cannot be considered licit. This is because they would constitute a certain imitation or analogue of the nuptial blessing invoked on the man and woman united in the sacrament of Matrimony, while in fact “there are absolutely no grounds for considering homosexual unions to be in any way similar or even remotely analogous to God’s plan for marriage and family”.
However, the Belgium bishops’ conference, in an obvious contradiction to the Vatican teaching, recently issued a proposed liturgy for same-sex couples. Does anyone else see a problem here?
Concerning another area of Church teaching, various voices are still raising the issue of ordination for women, although a previous pope (affirmed by Pope Francis) made the following definitive statement:
Wherefore, in order that all doubt may be removed regarding a matter of great importance, a matter which pertains to the Church's divine constitution itself, in virtue of my ministry of confirming the brethren (cf. Lk 22:32) I declare that the Church has no authority whatsoever to confer priestly ordination on women and that this judgment is to be definitively held by all the Church's faithful.
ORDINATIO SACERDOTALIS, John Paul II (May 22, 1994)
Some time ago (March 19, 2016) when Pope Francis wrote Amoris Laetitia, there were various questions raised about the document. In fact, four cardinals of the Catholic Church formally questioned the pope in a dubia—a document asking for formal clarifications on Church doctrine. Specifically, the document asked whether divorced and re-married Catholics are to be admitted to Holy Communion. Simply stated, Church teaching has traditionally prohibited such without a proper annulment of any previous marriage bond. The dubia was never formally and directly answered.
Now the Holy Father has written on what is necessary to be admitted to Holy Communion:
To be admitted to the feast all that is required is the wedding garment of faith which comes from the hearing of his Word (cf. Ro 10:17).
DESIDERIO DESIDERAVI, Francis (June 29, 2022)
However, it has been pointed out by bishops and theologians that this seems to contradict the defined teaching of the Council of Trent (1545-63):
Canon 11. If anyone says that faith alone is sufficient preparation for receiving the sacrament of the most Holy Eucharist, let him be anathema. [Si quis dixerit, solam fidem esse sufficientem praeparationem ad sumendum sanctissimum eucharistiae sacramentum, anathema sit.]
Finally, there is the situation with the arrest of 90-year-old Cardinal Joseph Zen and relative silence by the Vatican.
Confusion? Apparent or deliberate contradiction? Silence?
What is a faithful Catholic supposed to make of all of this?
We live in very precarious times.
Fr. Ed Namiotka
Pastor
Posted by Fr. Edward Namiotka at 10:56 AM