Out of the Amazon (in Rome?) 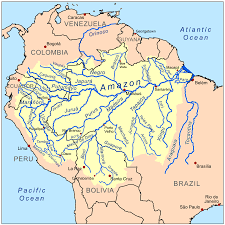 From its inception, the whole thing seemed extremely peculiar to me.  A synod on the Amazon? Its location was not to be in the Amazon region itself but in the Eternal City.  (As a side note, priests of the Diocese of Camden had previously been sent to Brazil as missionaries.  In fact, one of our priests, Fr. Miguel Pedro Mundo, had even become a bishop for the diocese of Jatai, Brazil.)

The pretext of this meeting was ministry to the indigenous peoples of the Amazon.  However, its various critics held that it was a means being used to change the Catholic Church radically with a globalist agenda, backed, in large part, by the German bishops.  Some saw Marxist liberation theology rearing its head once again.

The synod began with what appeared to many to be various pagan rituals led by a female shaman.  A figure of pachamama—mother earth—was carried around Rome, brought into Catholic Churches including St. Peter’s Basilica, and even bowed down to at the opening ceremony in the Vatican gardens.  Paganism and idolatry penetrating our Catholic Church?  What do we make of this as it occurred even in the very presence of the Holy Father? 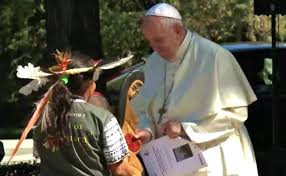 Pope Francis receiving pachamama
The synod had its various moments of intrigue.  Several of the pachamama carvings were removed from the Catholic Church in which they were kept and then thrown into the Tiber river.  The pope subsequently apologized for what happened, even mentioning the pachamama by name.

The outcome of the synod was presented in a document recommending the following to the Holy Father for his final say on the matter:
·         The ordination of married men (viri probati) in the Amazon
·         Further study of the issue of female deaconesses
·         The creation of a special Amazonian Rite of the Church

What this would mean for the Church at large is yet to be seen.  However, critics warn that it could lead to optional celibacy, female deacons and a rite within the Church that espouses various pagan elements.

Ultimately, the Holy Father has the final say on matters of faith and morals.  However, he can never deviate from the deposit of faith that has been given to us by Jesus Christ and handed down to us through apostolic tradition.  To do so would put his own salvation in jeopardy.

We need to pray for the Church, for fidelity to the deposit of faith, for clarity in teaching and for the Holy Father himself.  There are a few voices in the hierarchy speaking up for truth but far too many worldwide remain silent on any potentially controversial matters.  When there is abundant uncertainty or confusion, we certainly need clarity and not silence.

Seems abundantly clear to me. 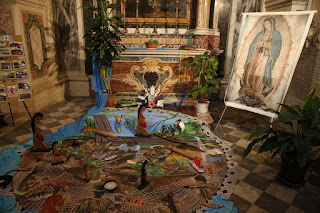 Church of Santa Maria in Traspontina 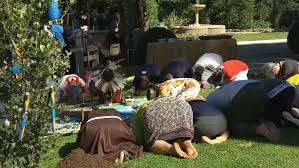