One (Divided) Nation, Under God 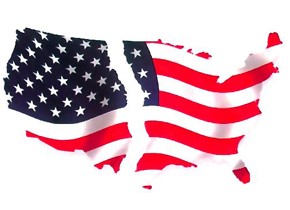 Writing my column this week is particularly challenging.  The elections are over and we await the inauguration of our new president.  I pray for him and for our nation.  We all should do the same.  However, I am not naïve to the fact that our nation is not united in thought, principles, and vision or even in the level of trust and respect that we have for government, the press, social media or even each other.

Yet, every day when I wake up, of this I can be assured:  God will still be God and Jesus Christ is still King of the Universe.

I have good reason to believe our divided nation will not suddenly come together and unite in a euphoric Kumbaya moment.  We will still have an astronomical national debt.  Laws will exist that longstanding Catholic Church teaching (and I) will continue to oppose (abortion and same-sex marriage being two of the most prominent).  The inner cities as well as suburbia will continue to encounter their many economic and social problems well into the foreseeable future.  As long as there is a market for them, various illegal (and some legal) drugs will indiscriminately infest our nation.  Prejudice will not magically disappear.  Some form of government gridlock will exist. The future funding of programs such as Social Security and Medicare will once again be debated, but probably not permanently fixed.  What about the future of healthcare?  In many instances the can will be kicked down the road for as long as possible.  Perhaps, we may see some radical and unexpected changes.  Only God knows the entire future and for His help we must continually, emphatically pray.

Will life here in the USA radically change after this election? Will the many campaign promises and slogans [Build Back Better or Make (Keep) America Great Again] really effect the change they desire by the mere rhetoric?  Much damage has been done that, in effect, seriously divided rather than united us as a nation.   I am not holding my breath waiting for any immediate solution or quick fix.

From a Church perspective, will the election of a new “Catholic” President become some amazing motivating factor causing more people to attend Mass each week?  Will the sacredness of every human life be protected and the sanctity of traditional marriage suddenly reappear?  Will I see more people turning to God and a radical conversion of lives?  I have no delusions that the victor of this year’s election is some national messiah.  Sorry.  Both major candidates are unfortunately flawed, sinful men.  I am just glad that the campaigning is finally over.

Four years ago (2016), Carl Anderson, the Supreme Knight of the Knights of Columbus proposed six concrete ideas for us as Catholics to lead the way towards unity in our nation after the last election.  I once again present them here for your consideration:

First, he said, is “the renewal of parish life as a true Eucharistic community,” with a greater appreciation for the Eucharist as the source and summit of unity, charity and Christian life.

Next, a “renewed evangelization of family life” is needed, “centered upon the calling of every Catholic family to be a domestic church which, in solidarity with other families, would be a source of unity, charity and reconciliation.”

In addition, Anderson said, Catholics should grow in their devotion to Mary as the Patroness of the U.S., seeing in her a model of “understanding our responsibilities toward our neighbors and for the common good as citizens.”

A greater commitment to authentic Catholic education that forms the entire person at every academic level is also important for Catholic identity, he said.

Finally, he concluded, the Church in the U.S. needs “a greater appreciation of the office of bishop as the source of unity for the local church” and deeper communication among clergy, religious and laity.

Please continue to pray fervently for our nation!  We still have turbulent times ahead.  I am willing to say it is sadly inevitable.

Pastor
Posted by Fr. Edward Namiotka at 11:38 AM