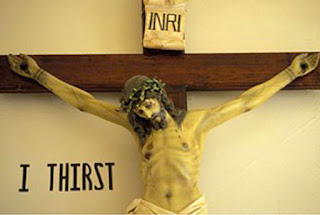 This past week the Catholic Church and the entire world witnessed Pope Francis, before a crowd estimated at 120,000, canonize Mother Teresa of Calcutta (Kolkata) a saint.  The actual canonization is the end of a long process of investigation into the life and work of a particular person who was recognized for holiness of life in imitation of Jesus Christ.

Mother Teresa was born Gonxha Agnes Bojaxhiu to Albanian parents on August 26, 1910.  At age 18 she entered the Sisters of Loreto (Institute of the Blessed Virgin Mary) in Ireland.  She was sent by her religious order to India where she became a geography and catechism teacher and eventually headmistress of school.  While recovering from tuberculosis, in 1946 she is said to have received a “call within a call” from God to found what would become the Missionaries of Charity.

This newly formed religious congregation (1950), beginning with just a dozen sisters, established its first home for the dying in 1952.  What followed later included clinics for leprosy (Hansen’s disease), orphanages, AIDS clinics, and various centers of charity (approximately 450 worldwide) caring for refugees, the blind, the elderly, the disabled, alcoholics and drug addicts, prostitutes, battered women, the homeless, victims of natural disasters and many others including the “poorest of the poor.”

Mother, who spoke 5 languages, was awarded the Nobel Peace Prize in 1979.  Her order currently has over 5000 religious sisters, along with religious brothers and priests, serving in some 139 countries.  Since 1990, over 1 million volunteers have assisted in the work of the Missionaries of Charity worldwide.  Mother died of a heart attack on September 5, 1997.  Affectionately known as the “saint of the gutters” during her lifetime, she was officially declared a saint just 19 years after her death.

More recently it was revealed that Mother had a long period of spiritual dryness—something of a dark night of the soul—where any feelings of consolation from God were noticeably absent from her life.  Despite this struggle, she continued to serve the Lord faithfully even with ongoing physical problems including 2 heart attacks, a pacemaker, pneumonia, malaria, and a broken collar bone.

Pope Francis spoke the following during his homily at the Mass of canonization:
Mother Teresa, in all aspects of her life, was a generous dispenser of divine mercy, making herself available for everyone through her welcome and defense of human life, those unborn and those abandoned and discarded. She was committed to defending life, ceaselessly proclaiming that “the unborn are the weakest, the smallest, the most vulnerable.” She bowed down before those who were spent, left to die on the side of the road, seeing in them their God-given dignity; she made her voice heard before the powers of this world, so that they might recognize their guilt for the crime – the crimes! – of poverty they created. For Mother Teresa, mercy was the “salt” which gave flavor to her work, it was the “light” which shone in the darkness of the many who no longer had tears to shed for their poverty and suffering.
In every convent chapel of the Missionaries of Charity next to the crucifix are the words:  I Thirst.  These are Christ’s own words (Jn. 19: 28) from the cross.  Mother commented on the phrase to her religious sisters in a letter:

Why does Jesus say "I thirst"?  What does it mean?  Something so hard to explain in words - if you remember anything from Mother's letter, remember this - "I thirst" is something much deeper than just Jesus saying "I love you."  Until you know deep inside that Jesus thirsts for you - you can't begin to know who He wants to be for you.  Or who He wants you to be for Him .  .  .  .
How to approach the thirst of Jesus?  Only one secret - the closer you come to Jesus, the better you will know His thirst.  "Repent and believe", Jesus tells us.  What are we to repent?  Our indifference, our hardness of heart.  What are we to believe?  Jesus thirsts even now, in your heart and in the poor - He knows your weakness, He wants only your love, wants only the chance to love you.  He is not bound by time.  Whenever we come close to Him - we become partners of Our Lady, St John, Magdalen.  Hear Him.  Hear your own name.  Make my joy and yours complete. 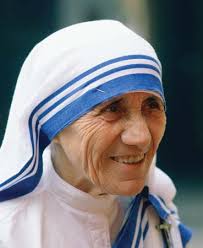