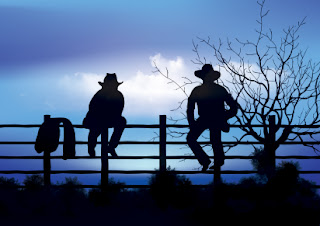 During this season of Lent, there have been a few readings that particularly caught my attention.

Jesus is quoted as saying to the Pharisees (Tuesday of the 5th Week of Lent):  “For if you do not believe that I AM, you will die in your sins.” (Jn. 8:24)  What did Jesus just do here?  He associated Himself with the Divine Name given to Moses in the Burning Bush!  (See Ex. 3:14).

In the Gospel of the Transfiguration (on the 2nd Sunday of Lent—Mk. 9: 2-10), the voice from the cloud instructs:  “This is my beloved Son; listen to him.”

Then there is the occasion during the Sermon of the Mount (Friday of the 1st Week of Lent) where Jesus gives a command that apparently supersedes the Law of Moses: “You have heard that it was said to your ancestors You shall not kill,  . . . but I say to you, whoever is angry with his brother will be liable to judgment.” (Mt. 5:21-22)

If we search the Sacred Scriptures we will see Jesus saying things like:  “I am the way and the truth and the life.  No one comes to the Father except through me” (Jn. 14:6); “I am the resurrection and the life; whoever believes in me, even if he dies, will live” (Jn. 11:25) and “Unless you eat of the flesh of the Son of Man and drink his blood, you do not have life within you.” (Jn. 6:53)

I could certainly go on with similar quotes.

My point is that Jesus made some pretty bold, definitive statements challenging all people to decide regarding His identity:  Is He the Son of God or not?  If we say yes, then we had better pay attention to what He said and follow His commands. We need to be a disciple.  If we say no, then, like the Jewish authorities who accused Him of blasphemy and sought His death, He was no more than a liar, a fraud, evil, etc.

This is how British writer C.S. Lewis described this situation:
I am trying here to prevent anyone saying the really foolish thing that people often say about Him: ‘I’m ready to accept Jesus as a great moral teacher, but I don’t accept His claim to be God.’  That is the one thing we must not say.  A man who was merely a man and said the sort of things Jesus said would not be a great moral teacher.  He would either be a lunatic—on a level with the man who says he is a poached egg—or else he would be the Devil of Hell.  You must make your choice.  Either this man was, and is, the Son of God: or else a madman or something worse.  You can shut Him up for a fool, you can spit at Him and kill Him as a demon; or you can fall at His feet and call Him Lord and God.  But let us not come with any patronizing nonsense about His being a great human teacher.  He has not left that open to us.  He did not intend to.
C.S. Lewis, Mere Christianity, 1952
As we approach Palm Sunday and begin the sacred days of Holy Week, may we all acknowledge and follow Jesus as our Lord, God and Savior.

Christian discipleship requires a life-commitment to Him!