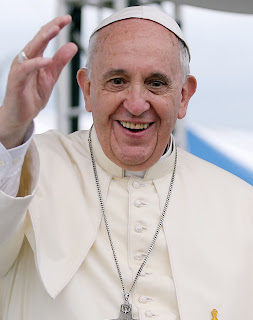 Recently the office staff and I have received various questions about some directives coming recently from Pope Francis.  One area concerned the forgiveness of the sin of abortion and the other concerned annulments.  I will attempt to shed some light on both of these matters.

Bishop Sullivan tried to clarify what a priest is able to do in the confessional by having a letter read at all the Masses a few weeks ago.  The essence of the letter was the following:

A misunderstanding on the part of some was that local priests had not been given [the permission to absolve the sin of abortion] until now.  Thus, some Catholics may wonder whether they were properly absolved in the past.  They were indeed.  There is no need at all to worry about the past.  Sins that have been confessed and absolved are absolved.  In the Diocese of Camden, permission to absolve from the sin of abortion was granted by Bishop McHugh to our priests in 1990.  Pope Francis is now universally extending that permission to priests in other parts of the world who previously did not have it.  This is just one more way that the Holy Father is emphasizing the Lord’s abundant mercy which he has done since the first days of his pontificate.

The sin of abortion is considered a grave sin as it involves the taking of an innocent human life.  All priests now have the permission to absolve this sin in the confessional.  In the past, this sin had been considered a sin reserved to the bishop for absolution because of its seriousness.

Next, an annulment is a declaration by a Church tribunal (a Catholic church court) that a marriage thought to be valid according to Church law actually fell short of at least one of the essential elements required for a binding union.  Bishop Sullivan released a statement on Pope Francis’ instruction on this issue.  Its essence is below:

The Holy Father made it clear that the Church’s law and pastoral life are ordered to the practice of charity and mercy and ultimately the salvation of souls.  In fact, Pope Francis made it clear that he is “not promoting the nullity of marriage, but the quickness of the processes, as well as a correct simplicity” of annulment procedures.  These changes have resulted from the world-wide consultation for last year’s Extraordinary Synod and the recommendations of a commission of canonists impaneled by the Holy Father to review annulment procedures and the Church’s law.

An annulment is not a “Catholic divorce” but rather a declaration that something essential was absent in a marriage that a couple attempted.  Sometimes people may not seek an annulment of an unsuccessful marriage because of the anticipated length of the procedure, the perceived cost, the possible misconception of illegitimacy of any children from that bond and other reasons.  Some do not want to revisit the pain that resulted from an ugly divorce.
Pope Francis’ emphasis on the Mercy of God has led him (and us) to find ways to extend this mercy to people who experience these and other difficult life situations.

Please take the time to investigate more about these matters. 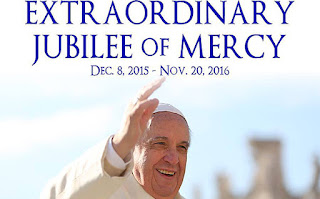