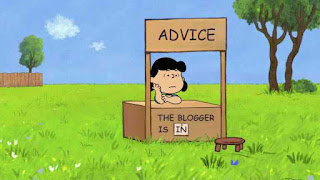 I wish I had saved the letter.

A Trappist monk from the Abbey of the Genesee sent a letter to me while I was in the college seminary.  It was a time in my life when I was seeking some serious direction and advice.  I was a bit disillusioned with things that were going on in the seminary and with the moral character of some of my fellow seminarians.  I was also disappointed with some professors and their actions.  Needless to say, even in a place where men were preparing to be priests, things were far from perfect.  The seminary situation proved to be a real testing ground for my vocation.

Unfortunately, I learned from an early time in my training that not everyone played by the rules and did what they were supposed to do.  I knew very well that I was an imperfect sinner as well.  (Regrettably, I still am.)  However, I was trying as best I could—albeit imperfectly—to model my life and behavior after the pattern of Jesus Christ and His teachings.

The words from the monk are ingrained in my mind and heart:  “If all the world should go astray and everything seems upside down, you go on faithfully serving the Lord.”  He challenged me to live the Gospel and to be a disciple of the Lord while holding nothing back.

Sometimes it may seem that we are fighting an uphill battle.  Perhaps it may appear that we are completely alone in our struggles.  Yet, I truly believe that there are many, many good people out there who want to follow the Lord and do what is pleasing to Him.  We know that even Jesus’ hand-picked followers had their flaws. One of them denied Him and one of them turned on Him in a historic betrayal.  Perfection was lacking, even among His most intimate followers.

. . . Work out your salvation with fear and trembling. . . . Do everything without grumbling or questioning, that you may be blameless and innocent, children of God without blemish in the midst of a crooked and perverse generation, among whom you shine like lights in the world, as you hold on to the word of life, so that my boast for the day of Christ may be that I did not run in vain or labor in vain.  (Philippians 2: 12b, 14-16)

We can look at the world today and want to throw in the towel.  What can I do with such a mess?

I still want to follow the Lord and be His disciple.

And I will go on remembering the monk’s words to me.  They have proved invaluable.