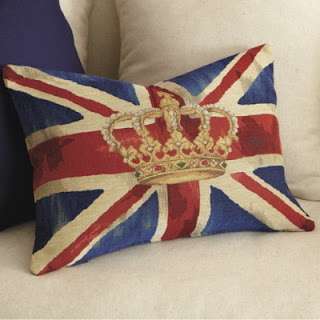 Here in the United States we are not used to having royalty as part of our system of governance, as are the United Kingdom and various European nations.  We, as Americans, declared our independence from a nation ruled by a king.

In addition, we as an American people go through a seemingly endless and (sometimes brutal) democratic election process in which we "elect" our president and other civic officials.  Democracy appears to be part of the fabric of our nation.

So how do we in our society understand and react to this concept of Christ the King?

First of all, I have continually reminded people that truth is not subject to a democratic vote or to a popularity poll.  For example, if we were to take a vote and popular opinion decided there are now four persons in God and God is not a Trinity, would it make it so?  Absolutely not.  Our opinion of this matter is really insignificant because it can never supplant Divine Revelation.  This is also true with morality and the law. Just because various laws are enacted by our government, it does not mean that these laws are necessarily morally correct or in conformity with God's will.  Laws permitting the unjust taking of innocent human life illustrate this fact clearly.

When we call Christ our King, we acknowledge that He has absolute sovereignty over us as His people and we are subject to what He commands of us.  While we always retain our free-will and can choose to be obedient or not, God is still ultimately in charge.  Jesus the Christ announced to us that “the Kingdom of God is at hand.” (Mk. 1:15)

According to the Catechism of the Catholic Church: "The kingdom of Christ (is) already present in mystery", "on earth, the seed and the beginning of the kingdom."(#669) The Catechism continues:  Though already present in his Church, Christ's reign is nevertheless yet to be fulfilled "with power and great glory" by the King's return to earth. (#671)

Humanity, as the most integral part of all God's creation, must ultimately conform to the will of God and acknowledge the absolute sovereignty of Jesus Christ.  Unfortunately, from the very beginning, we as creatures seemed to think that we knew better and can do better than God, the Creator.  This is the essence of the original sin.  Various ongoing effects of this sin continue to manifest itself over and over again throughout history, right up to this very time:  “Nobody is going to tell me what to do!”—for some, not even God Himself!

Moreover, when various Church leaders today advise that we need to listen to and dialogue with the various peoples of the "world," there must also be an ultimate realization that in the end the entire "world" needs to conform to the sovereignty of Christ the King.  Christ is the standard of all truth.  He is the Son of God.  Listening to and dialogue with others can never be seen as caving into various worldly demands and succumbing to anything that would be contrary to Divine or natural law.  It is the world that needs conversion to Christ and His teaching.

May this Solemnity of the Church—Christ the King—remind us of the need to be humble, respectful and obedient to our Lord and Savior, Jesus Christ the King.

It is utter foolishness to do otherwise. 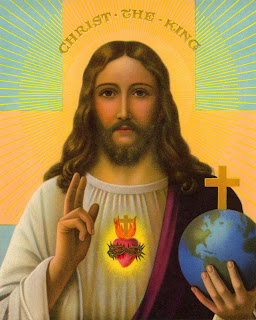