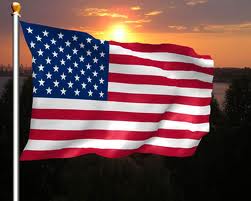 The United States Conference of Catholic Bishops (USCCB) has declared the fourteen days from June 21 to July 4 as a “fortnight for freedom.”

The fortnight began with the vigil of the Feasts of St. John Fisher and St. Thomas More and continues to Independence Day.  The bishops remind us that “Our liturgical calendar celebrates a series of great martyrs who remained faithful in the face of persecution by political power—St. John Fisher and St. Thomas More, St. John the Baptist, SS. Peter and Paul, and the First Martyrs of the Church of Rome.”
It is a special time dedicated to prayer, study, catechesis as well as public action emphasizing “both our Christian and our American heritage of liberty.”

Why now?
According to the Catholic News Agency, “The initiative was created in response to several moves by the Obama administration that are threatening the Church’s religious freedom.  The most well-known action is the Health and Human Services mandate that requires employers to cover birth control and other services that Catholics and other believers find morally objectionable.”

Various forces in the media and in politics have tried to make it appear that this issue is only about the Catholic Church’s opposition to artificial birth control or abortion.  This is truly not what the matter is all about.  It concerns our ability as Catholics to practice our faith freely and in the manner in which we see fit.  No government can mandate what we can or should believe and how we must practice our beliefs.  The entire situation seems to be an attempt to confuse and to split the ranks of Catholics—in essence, to divide and conquer.

I urge you to become more informed about the issue by reading information supplied by the USCCB (http://www.usccb.org) or similar resources.  Be aware of how the secular media and certain groups, organizations or factions may try to slant or spin the issue to suit their own purposes—political or otherwise.

This matter has become a slippery slope and a grave danger to all believers where our government has overstepped its bounds and attacked religious liberty in the land of the free.

We should be worried.