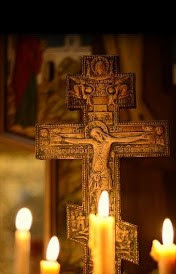 Anyone with a modicum of supernatural faith, a functioning conscience and some basic intelligence should be able to see the hand of the diabolical behind some recent events.

On February 2nd the Church celebrated the feast of the Presentation of the Lord in the temple, also known as Candlemas day.  The blessing of candles with a procession is part of the Church’s tradition.  Christ is seen as the Light that now enters the temple.  Simeon, an elderly man praying in the temple, upon seeing the infant Jesus, utters the following:

Now, Master, you may let your servant go in peace, according to your word, for my eyes have seen your salvation, which you prepared in sight of all the peoples, a light for revelation to the Gentiles, and glory for your people Israel. (Lk. 2: 29-32)
These verses are recited daily in night prayer of the Church and are known as the Canticle of Simeon or Nunc Dimmitis.  Again, the emphasis is Christ as the Light for all peoples.

Sadly, just about a week prior, on the anniversary of Roe v. Wade, some other lights were lit throughout the city and state of New York.  Pink lights shone from One World Trade Center, the Governor Mario M. Cuomo Bridge, the Kosciuszko Bridge, and the Alfred E. Smith Building in Albany. These lights were specifically ordered by Governor Andrew Cuomo to “celebrate” a horrendous occasion—the passage of the so-called Reproductive Health Act.  I quote him directly:

The Reproductive Health Act is a historic victory for New Yorkers and for our progressive values. In the face of a federal government intent on rolling back Roe v. Wade and women’s reproductive rights, I promised that we would enact this critical legislation within the first 30 days of the new session – and we got it done. I am directing that New York’s landmarks be lit in pink to celebrate this achievement and shine a bright light forward for the rest of the nation to follow (emphasis mine).
What exactly were they celebrating?  The NY law permits abortions up until the time of birth, gives no protections to babies born alive from botched abortions, permits non-doctors to perform abortions, and removes any consideration of a baby in the womb as a human being.  After the passage of the law, the New York state legislature erupted in applause.  Yes, applause at the potential death of children in the womb.  Absolutely diabolical!

The state of Virginia tried to follow a similar path to remove restrictions on abortions with House Bill 2491.  Governor Ralph Northam tried to explain to WTOP radio what would happen to a baby born alive after a failed abortion:

A discussion between mother and physicians whether a born “infant” should be permitted to live?  I believe this is clearly infanticide.  Legalized killing of a baby in the womb—right up until the time of birth—and killing a baby outside the womb once born?  Have we completely lost our minds and any moral compass whatsoever?  I still can’t get over how they applauded in New York.

The cries of aborted children—over 60 million of them in the US—continue to be heard by God.  If those responsible for the death of innocent children have any concern for their eternal salvation, I pray they repent now before it is too late.  A realization of the evil that was done to these innocents, compounded by the diabolical laugh of Satan for all eternity in the fires of hell, is not a prospect that I ever want to face.

Christ be our Light and lead us out of this terrible, terrible darkness.  We most emphatically and humbly implore you. 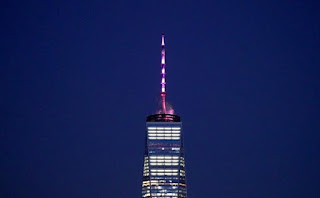 Posted by Fr. Edward Namiotka at 5:00 AM