My late father, in his own humorous way, could make a point stick in your mind.  He used to say "The smarter they get, the dumber they get!" with reference to the supposedly educated elite.  My father never had the privilege of going to college--just about making it through high school.  However, he did see to it that his five children received a college education.  In fact, he saw us all attend Catholic colleges, Catholic high school and Catholic elementary school.

Sometimes the rationalization, the doublespeak, and the deception, that is created by an allegedly educated elite baffles the mind.  Take the example of those who say that government should not legislate morality.  Has anyone really stopped to think how truly ridiculous this statement is?  Government legislates (makes laws) all the time.  They tell us that we must not speed when driving nor drink alcohol to excess when operating the vehicle, that we cannot rob a bank or convenience store, that rape and child molestation are illegal, and even, at times, try to tell us how big of a soft drink that we should be allowed to purchase!  Government gives us an age at which we can legally consume alcohol, purchase cigarettes, gamble in a casino, drive a car, own a gun, vote, etc.

Usually the argument about legislating morality gets fuzzy in some people's minds when it comes to topics like abortion, contraception, homosexual acts (e.g., sodomy), same-sex unions, and other various bedroom issues.  It's at this point when people don't want government telling us (legislating) what to do.

The fact is every civilized society determines right and wrong in their culture.  What is permitted or not permitted has to be based on a standard of norms which the society mutually agrees upon.  The basis of these norms has generally been natural law.  Natural law can be defined as a body of unchanging moral principles regarded as a basis for all human conduct.  Notice that up to this point there has been no direct mention of God or religion in this process.  (Christians can, however, experience a deeper understanding behind many moral issues through recourse to what is given by Divine revelation--i.e., Sacred Scripture and Tradition).
Some words by Trevor Thomas are worth considering at this point:

It is absurd and ignorant to lament conservative Christian efforts when it comes to abortion, marriage, and so on as some attempt to "legislate morality." The other side is attempting the very same thing! In fact, the lamenter (whatever his political persuasion) has also taken a moral stand. Thus, he is like the bank robber who calls the police because his getaway car gets stolen.

So where am I going with all of this? When people start telling the Catholic Church to stay out of an issue (e.g., keep out of the bedroom), that we as a society cannot legislate morality, or anything similar, please realize a few important observations. First of all, the bedroom issues have regrettably become part of the public forum. I would say in response: keep your bedroom out of our public life! Keep the pornography off TV, out of the cinema, not so readily and easily accessible on the internet, etc.  And don't try to force me or our society to pay for your abortions.  That is what a repeal of the Hyde amendment would do.  Don't legislate same-sex unions.

Next, please finish your thoughts with regard to the slogan:  the right to choose.  The right to choose what?  Murder of innocent children (a.k.a., abortion)?  Yes, we all have free will but we can certainly determine what we can or cannot choose.  Often we put this into law.   We, in fact, do it all the time.  We can choose as a civilized society to protect all human life in the womb.  We can unequivocally state that the choice to kill an innocent baby in the womb (terminate a pregnancy) is wrong.  We can use natural law and the light of reason to help us (perhaps made ever more clear by certain Judeo-Christian principles).  If we can scientifically determine when a new human life begins (at conception), then we as a civilized society can and should choose to protect that new human life.  We have in our history made laws protecting a bald eagle's eggs and our environment, haven't we?  Why did we ever allow the Supreme Court to legislate legalized abortion for us as a society in 1973 by Roe v. Wade?

I  am tired of lies and deception and the confusion that this creates.  We need more clear, critical thinkers and not those who become brainwashed by some educational or political elitists.

Their intelligence is much too dumb for me. 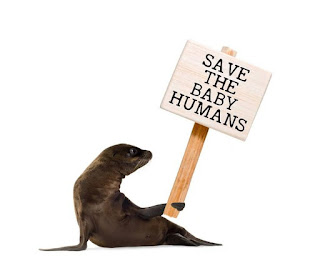