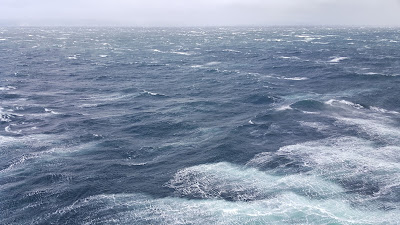 If you would have told me over thirty years ago when I was newly ordained I would be instructed that I (and all other Camden diocesan priests) could not offer public Mass for the people, I would think that you were out of your mind.  Never in a million years would this happen!  So I thought.

Where are we?  In some communist nation persecuting the Catholic Church?  Are we being oppressed by some ruthless dictatorship?  Are we currently living in hiding in some underground Church?  Nope.  Not at all.

It’s all because of a virus.  COVID-19.  A coronavirus. They call the situation a pandemic.

Today (3/16/2020) started out well and rather routine: morning Mass followed by some daily confessions.  I also decided that I would do something spiritual to combat the situation we face with this pandemic.  There are such precedents in the history of the Church.  Pope St. Gregory the Great had a Eucharistic procession in the 6th century to battle the plague.  Bishop Joseph Strickland of Tyler, Texas tweeted out a request for simple Eucharistic processions around churches.  This was my thought:  Why not expose the Blessed Sacrament for a time of Eucharistic adoration, bless the people in the church and then bless the parish/town?  I did just that.

While I heard confessions, the Blessed Sacrament was exposed for prayer and adoration.  When I finished with the last penitent, I processed down the aisle and blessed the people with Jesus in the monstrance.  I concluded outside the front doors of the church and blessed our parish and the town in all four directions:  north, south east and west.  Faith can move mountains (see Mt. 17: 20) according to Sacred Scripture.  I prayed that faith can also help combat a virus.

Later in the day the bad news came: no public Masses in the Camden Diocese until further notice.  The memo was initially met with unbelief and confusion.  I knew other American (arch)dioceses had taken similar action: New York, Seattle, and Newark, to name a few.  The Italian bishops have also banned public Masses until April 3rd.
However, I also saw how the Polish bishops called for more Masses to be said throughout their country.

The Polish archbishop of Poznań declared that it was “unimaginable” for Polish Catholics not to pray in their churches.  “In the current situation, I wish to remind you that just as hospitals treat diseases of the body, so the Church serves to, among other things, treat illness of the soul; that is why it is unimaginable that we not pray in our churches,” he wrote.
We are definitely in uncharted waters with this coronavirus.  Will it prove to be as deadly as any virus we have ever seen?  I pray not.  Various countries, states and dioceses have seemingly taken the utmost precautions.

Will the decision to suspend or cancel public Masses be the right one in the end?  People with varying degrees of faith and belief will debate this for some time to come.

I suspect we may have to wait for judgment day (see Mt. 25: 31-46)—when we face God with what we have done and what we have failed to do to—to see who had the correct approach.

In the meantime, what's at stake here?  The salvation of souls. 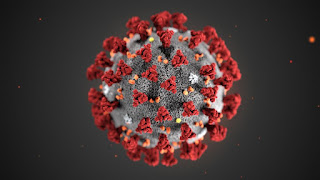