Nothing Less Than Diabolical 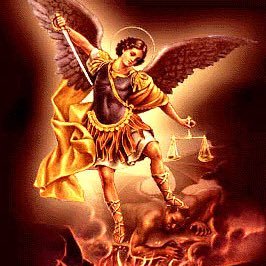 I honestly thought (perhaps foolishly or naively) that we, as a Church, had made some drastically needed reforms regarding the sexual morality of our clergy.  I was/am not aware of any type of high profile, sexual scandal among our Camden diocesan clergy from more recent history.  I know that there had been far too many ugly, painful disclosures, however, during my more than three decades as a Catholic priest.  Even a solitary case, in my opinion, is far too many.

Now we must face these current glaring revelations:  the McCarrick disgrace and the Pennsylvania Grand Jury Report, preceded by notable clergy scandals in Australia and Chile, to name a few.  At any given moment, my emotional state ranges from sick, disgusted, angry, infuriated, depressed, sorrowful, ashamed, aghast, overwhelmed and generally extremely grieved and totally embarrassed by the clerical sex abuse being made public at this time.

How I feel means little, however, compared to what the actual victims of sexual abuse must have experienced.  To have been taken advantage of or to have been coerced at the hands of a supposedly religious or spiritual authority figure—someone who should have been completely trustworthy—is well, nothing less than diabolical.  One must question what spirit was being followed.  Obviously, the spirit of evil.

When I think of the same sacred, consecrated hands that are used to make Christ present on the altar, to forgive sinners, to anoint the sick, to baptize, etc., being used for deviant, sexual purposes, I am ready to vomit.  The ordained, consecrated person is configured to Christ and acts in His very person.  Unspeakable, perverted sexual acts reveal the powers of darkness and evil.  I am not saying that anyone is possessed or acting beyond their own free-will powers in these situations.  However, there is a glaring manifestation of such grotesque, depraved proportion to bespeak of a supernatural, demonic influence present even in the Church.  Blessed Paul VI said the following in a homily back in 1972: “From some fissure the smoke of Satan has entered the temple of God.” (Homily, 29 June 1972) The traditional prayer to St. Michael the Archangel is said to have been composed by Pope Leo XIII after a vision of the demonic he experienced while celebrating Mass.  One only need go to the Book of Revelation (Chapter 12), Sacred Scripture itself, to hear of the battle between Satan (the dragon) and the Woman (the Blessed Mother) and St. Michael.  Spiritual warfare is happening in our world, in our Church.  Today.  Now.

Evil exits and rears its head in far too many ways in our society.  Sexual perversion (including homosexual acts like sodomy), a desire for unbridled, sexual license, the killing of our unborn children, rampant pornography (especially on the internet), etc. all manifest a degrading of humanity to a deviant, animal baseness rather than elevate humanity to a God-like holiness.

I give a heartfelt apology to all victims of clerical (or any kind of) sexual abuse, to their families and to the wide range of people who are also victimized by this far-reaching scandal and its perversity.  I make no excuses for anyone’s atrocious behavior or any abuse of power.  Sin is wrong no matter who commits it and certain grave sin cries out to God for vengeance.  May Almighty God give us whatever we need to begin the healing.

Posted by Fr. Edward Namiotka at 2:56 AM